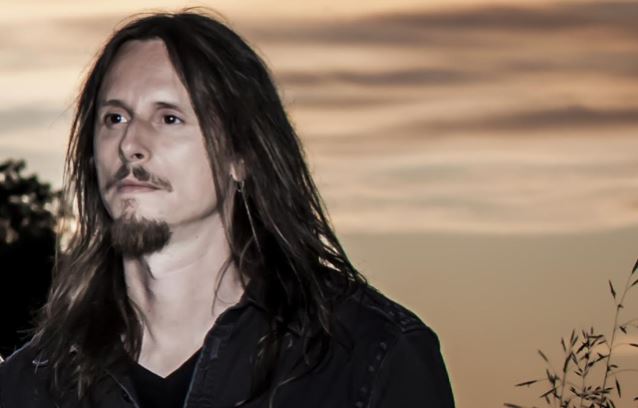 Rikard Zander, the keyboard player of the Swedish metal band EVERGREY, has released his solo debut under the name RIKARD Z. First up is the single "The World Makes Sure You'll Die", where Rikard Z also introduces himself as a singer.

"After doing backing vocals for over ten years, I guess I've gathered courage to take over the lead and tell the others to shut up," Rikard says with a laugh.

RIKARD Z's solo album features guest appearances by members of both EVERGREY and AVATARIUM and is far cry, musically, from the metal Rikard usually plays. "It's obviously more keys and less guitars, but I guess people who are familiar with my work will recognize it," Rikard says.

According to Rikard, his solo project will not interfere with EVERGREY, whose latest album, "Hymns For The Broken", has been praised by fans and critics worldwide.

"EVERGREY is my home, but sometimes you have to take a chance and do something different, and this was too good to keep for myself," Rikard explains.

"The World Makes Sure You'll Die" was released as a digital single on May 27 via Spinnup.