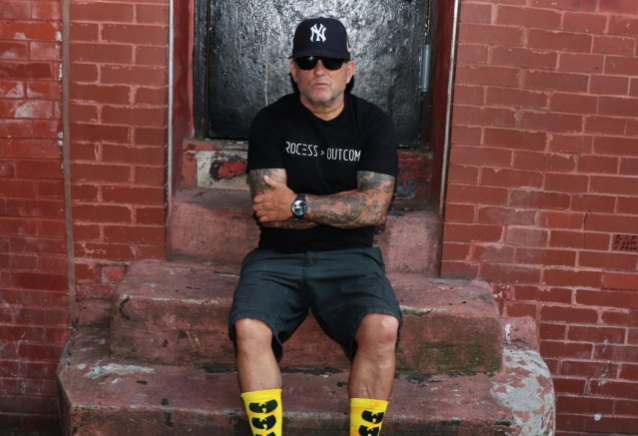 BLOODCLOT's origins date back to the early 1980s when its lineup doubled as roadies and provided opening support for the legendary BAD BRAINS. In 2008, BLOODCLOT transformed from an intermittent live act, manifesting itself as a full-force studio entity, and independently released their "Burn Babylon Burn!" debut. Nearly a decade later, Joseph recruited a lineup of scene veterans, including Joey Castillo (formerly of QUEENS OF THE STONE AGE, DANZIG, and more),Nick Oliveri (formerly of KYUSS, QUEENS OF THE STONE AGE, and others),and the late Todd Youth (DANZIG, WARZONE, MURPHY'S LAW) to record the band's second LP, "Up In Arms", which saw the band sign to Metal Blade Records for its release.

Now, 2022 sees BLOODCLOT back with its heaviest lineup yet, with Joseph joined by guitarist Tom Capone (ex-QUICKSAND, BEYOND, BOLD),bassist Craig Setari (SICK OF IT ALL, ex-YOUTH OF TODAY, AGNOSTIC FRONT),and drummer Darren Morgenthaler (MAXIMUM PENALTY, ex-MADBALL). This convergence of long-running New York hardcore culminates on "Souls", the group's third and most powerful record yet.

"Souls" covers a lot of territory throughout its succinct rampage. Not only does BLOODCLOT deliver the expected classic NYHC sound its members have all been elemental in helping create over the past three decades or more, the influence from the early days of thrash pushes its way to the forefront, citing early SLAYER, VENOM, DARK ANGEL, KREATOR, and the like. Other elements of the album showcase a more melodic approach fans of modern metal will flock to, and the band fully embraces its origins and pays homage to the BAD BRAINS on the closing cover of "How Low Can A Punk Get?"

"Souls" is dedicated to Joseph's longtime friend and bandmate Todd Youth. The album was produced by Laz Pina of ILL NIÑO, recorded by Johnny "Pyro" Lafuentes, except for "How Low Can A Punk Get?" which was recorded at Found Soundation NYC, mixed by Kyle McAulay, with the bass for the song tracked by Manuel Carrero. The record was mixed and mastered by Chriss Collier (KORN, PRONG, WHITESNAKE) and its layout/design handled by Kim Cangemi and Darren Morgenthaler.

The lead single from "Souls" is also its opening track, an aggressive and rhythmically styled, socially conscious message to the "manipulated" masses. Joseph stated with the song's premiere, "The events of the last few years really took a toll on a lot of people. I had friends relapse into addiction and sadly some who lost their fight. Thus the chorus, 'Break away, the cosmos calling, your star's been falling/Break away, cut the ropes that bind you, free your mind and find you.' The track also calls out corrupt government shills who twist the truth for their own financial gain and control, creating situations which left people feeling there's no hope. After what we witnessed go on with war after war, perpetrated behind blatant lies, it should always raise red flags when it comes to trusting them on any matter of importance."

A video for the song was premiered by Decibel magazine, which wrote with its unveiling, "'Souls' is a passionately anti-war screed, as evidenced both Joseph's lyrics as well as the visuals in the video. Musically it's a SLAYER-inspired hardcore rampage akin to that band's late '80s output, though Capone's at-times dissonant guitar adds a post-metal tension to the track."

"Souls" will be made available as a limited-edition black and white splatter 12-inch vinyl, CD, and on all digital streaming services. 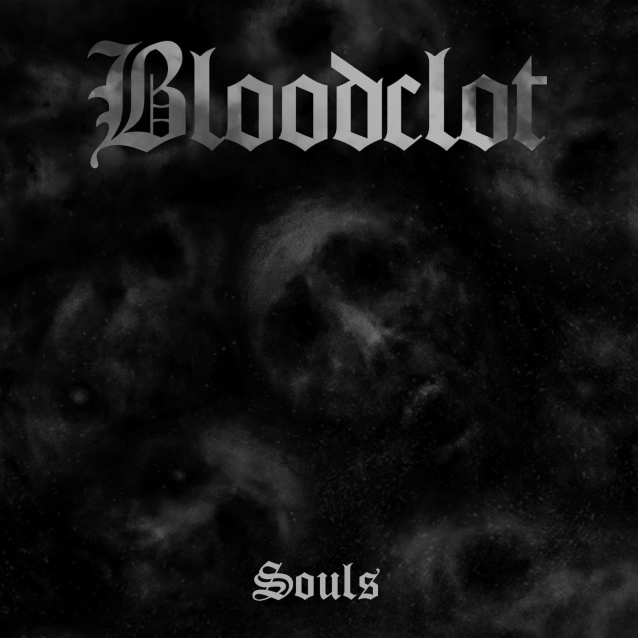