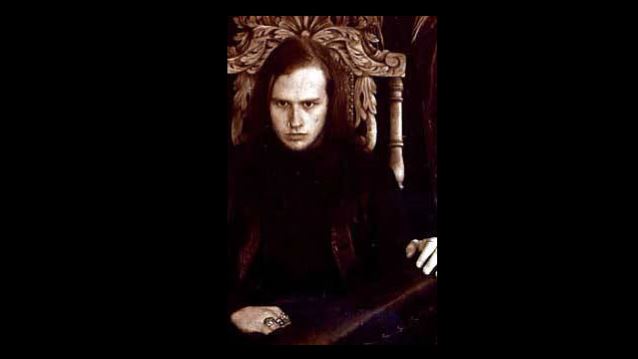 Henke Forss, who sang on IN FLAMES' 1995 EP "Subterranean", says that he has been "trying to claim [his] rights for the songs [he] co-wrote [for the band] for over 10 years" without much success.

During a recent interview with Germany's EMP Rock Invasion, IN FLAMES guitarist Björn Gelotte addressed reports that Forss has publicly complained about not being given appropriate credit for his work on "Subterranean", saying: "Stuff like this happens all the time. 'Cause in the past IN FLAMES wasn't really a band, it was more of a project. And if you know our history, you know that we had a couple of different singers. Mikael [Stanne] from DARK TRANQUILLITY was one of them, and Henke Forss, I don't know where he was from, but he was another singer. And Anders [Fridén, current IN FLAMES] singer] was in DARK TRANQUILLITY at the time. So it was all a big inbred circus, basically, in Gothenburg. And so, members come and go, and some people are content with what they did, and some are not. It's interesting [that Henke would come forward 20 years later with these claims]. If he did that, that's kind of… I don't know."

After EMP Rock Invasion's interview with Gelotte was published on BLABBERMOUTH.NET, Forss contacted this site to respond to Björn's comments and to clarify his position on the matter. Henke said: "I'm not surprised Björn doesn't realize up on his high horse that I've been trying to claim my rights for the songs I co-wrote for over 10 years.

"Due to shifty record company CEOs and misleading advice from various people, nothing has really happened until recently when I saw that IN FLAMESonce again made a re-release of the 'Subterranean' album.

"Anyone in the music business is painfully aware aware that four death metal songs (which, in my case, I co-wrote) won't make anyone financially set for life. It just boils down to right and wrong. And I've been trying, like I said, for many years set things straight.

"It's no big secret that former original members have fought IN FLAMES for 10+ years to get their right as well..."

Originally made available in 1995 via Wrong Again Records, before being reissued via Regain Records in 2003, "Subterranean" was IN FLAMES' second release.

The latest version of "Subterranean" features cover versions of METALLICA's "Eye Of The Beholder" and IRON MAIDEN's "Murders In The Rue Morgue" as bonus tracks.