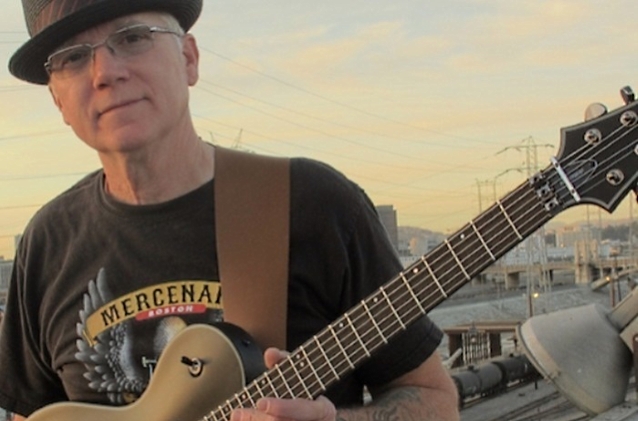 Ex-MEGADETH guitarist Chris Poland has spoken to Eonmusic about his time in the band, why he didn't return to the group despite an offer ahead of 1990 release "Rust In Peace", and his thoughts on joining his former bandmates on stage at a hypothetical Rock And Roll Hall Of Fame induction.

Revealing that he was approached to rejoin the veteran thrash act for their breakthrough "Rust In Peace" release, Chris — who had played on the demos for the 1990 album — said that he reconsidered when he realized that taking the job could have dire consequences for him. "[The reunion] almost did happen," he said; "My manager, Janie Hoffman, told me they wanted me in the band, and then she said, 'You know what? If you join that band, you're going to die.'"

The guitarist, a recovered heroin user, said that it was this realization, coupled with the offer of a solo deal, that kept him from taking up the job. "I thought about it," he said. "I was going to do it, but then on the way down there, I said, 'You know what? I’m not going to do it.' And she basically said, 'You have a deal. You have a record deal for your own thing that you love to do. Why are you going to take a chance on joining a band where you've just got sober, and those guys might not be sober? And if they're not, you know it's only going to take a month before you start using again."

Although admitting that he has no contact with his former bandmates, Chris said that he'd be happy to get back up on stage with them, should MEGADETH get inducted into the Rock And Roll Hall Of Fame. "Absolutely," he enthused, adding, "I don’t have any [problem with anyone]. Like I said; everybody's got their own life. If anybody's got a problem with our lives before, then they should have dealt with it by now."

For the past 20 years, Poland's main musical focus has been the fusion band OHM:, which has released three full-length studio albums to date.