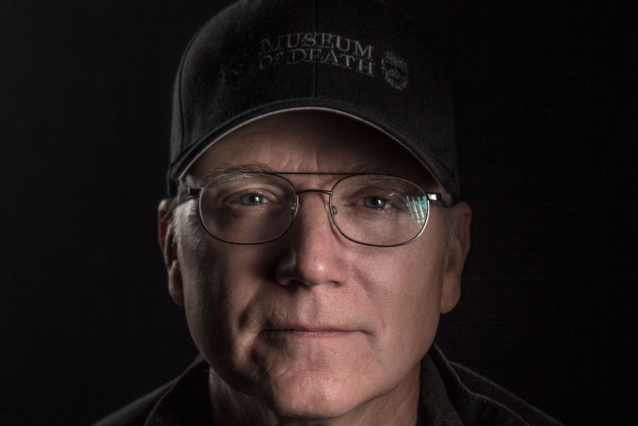 In a new interview with DEATH ANGEL's Ted Aguilar as part of the "Alive & Streaming" YouTube series, former MEGADETH guitarist Chris Poland was asked if he misses playing with the Dave Mustaine-fronted band. He responded (as transcribed by BLABBERMOUTH.NET): "I really loved playing in MEGADETH. It was just there was so much drama all the time that I couldn't deal with it. Then, when they asked me to join the band [again in 1990 prior to the release of 'Rust In Peace'], I just couldn't, 'cause at the time, they were still using. All I had to do is be around people using that drug, and it wouldn't take but a month, two months, and I would know I would have done it again.

"It's Dave's thing, and I got put in a box and told what to do. It wasn't open enough for me. And it didn't get open until later when all these big bands started seeing therapists. If any band needed therapists, we did during the 'Peace Sells' era.

"I don't regret [playing in MEGADETH]. I don't really miss it. I could have made a lot of money, but I probably wouldn't have lived. So, I was lucky."

In a September 2020 interview with Darren Paltrowitz (host of the "Paltrocast With Darren Paltrowitz" podcast),Mustaine singled out Poland who famously sued Dave over the 2004 reissue of "Rust In Peace", which contained demos on which Chris performed.