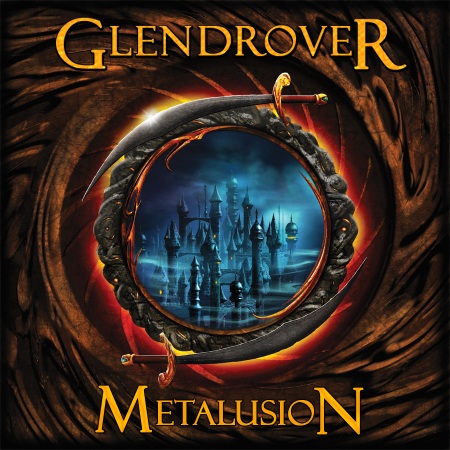 Drover recently completed work on his debut solo album, "Metalusion", for an April 5 release via Magna Carta Records. In addition, he has put together a solo band consisting of the following musicians:

Writing on his newly launched official Facebook page, Drover states, "In December of 2007, I made one of the hardest decisions I have ever had to make in my life, which was to leave the band MEGADETH — a band that I had worked very hard with and helped bring back from the dead. Although I am very happy about what we accomplished in the four-year period I was in the band, things had changed quite a bit towards the end of my time with MEGADETH, and not necessarily for the better for me, so I handed in my resignation, so to speak.

"Shortly after a nice long break, I decided to start recording again, but wanted to try something different, which was to form a band and play all instrumental music — a task that would not be easy and would become something very challenging and fun, of course! A combination of metal, harder edge jazz fusion and prog. I contacted Chris Sutherland and shared this idea with him and he was very excited about this possibility. At that point, he recommended a friend of his to play bass, Paul Yee, and also recommended Jim Gilmour from the prog rock band SAGA, which Chris had played with for a short while.

"Not knowing how this set of musicians would sound like together, I though it would be a good idea to record three tracks — one Al Dimeola track, as well as two tracks from the awesome Jean Luc Ponty.

"I'm not sure if any of us really knew how well any of these tracks would turn out, Not knowing if we would jell properly, etc..Well, we could not be happier! That is what set the pace and the start of what I consider to be a great band of guys who are on the same page and very excited and driven to write and play the best we can.. and have fun doing things 'our way' and not following any trends!!

"This new album, coming out in the early 2011 is going to be called 'Metalusion' and was recorded sporadically over a 2-plus-year period.

"As an engineer, I worked very hard to make this album the very best production I can deliver to date! I am also very happy and honored to be playing with musicians of a very high level, as well as good people. It's something I always wanted to do and it's not something you find at the corner store. Believe me, I know.

"I hope you enjoy this album as much as we do."