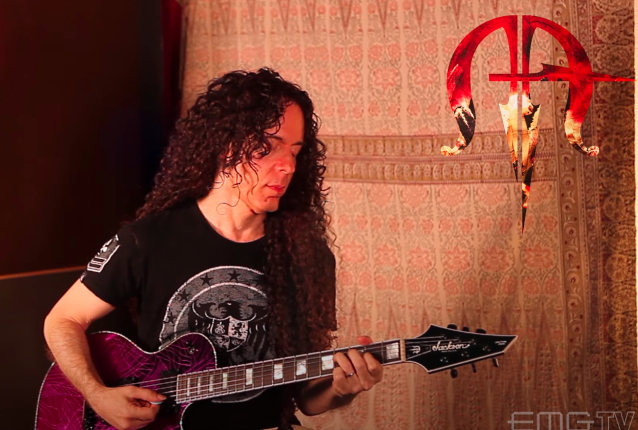 EMGtv has uploaded a video of former former MEGADETH guitarist Marty Friedman playing the Japan heritage official theme song. The track was written by Friedman and originally performed by the Tokyo Philharmonic Orchestra, with strings arranged by Akira Sasaki, bass played by Kiyoshi, piano by Yukiko Takada, tsuzumi by Shonosuke Okura, and drums by Mitsuru Kurauchi.

Friedman said: "It was a thrill and an honor to be asked by the Japanese government to compose this music.

In November 2016, Friedman was named an ambassador to Japan heritage for the 2020 Summer Olympics, which was originally scheduled to be held in Tokyo. The mantle involved him promoting important elements of cultural heritage, such as dance and cuisine.