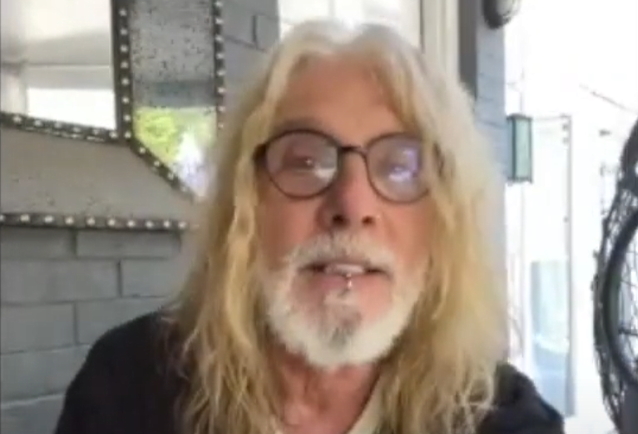 During an appearance on the "White Line Fever" podcast, former MÖTLEY CRÜE singer John Corabi spoke about his decision to embrace his natural gray hair after decades of dyeing it. He said (as transcribed by BLABBERMOUTH.NET): "A couple of months ago — maybe about six months ago… I don't understand the fans at times. But this fan wrote to me, and he took an old photo of me from [my days with my pre-MÖTLEY CRÜE band] THE SCREAM, and he put it side by side with a photo of me from, like, a year ago, where my beard was a little gray and I had some gray in my hair. And he just wrote me this e-mail, and he wrote: 'Dude, what happened?' It's funny. So I just sat there and I went, 'Okay. I'm gonna take a moment and respond to this guy.' So I wrote back to him. I'm, like, 'Dude, life happened. That first picture is from 30 years ago.'"

He continued: "So I just said, 'You know what?' I told my wife — she's a hairdresser — I just said, 'No more hair dye. No more trying to cover up the fact that…' Because I guess, from a vanity point of view, most musicians, they dye their beards, they dye their eyebrows, they dye all this shit. And I just kind of sat there and I went, 'You know what? I'm 62 years old now. I'm in relatively good shape. I still have my hair. So I'm not gonna dye it anymore.' This is John Corabi at 62, and I'm fully embracing it, because this is what we do as humans — we get older."