Former ONWARD guitarist and solo instrumentalist Toby Knapp (see photo below),who is currently a member of GODLESS RISING (the band featuring former VITAL REMAINS vocalist Jeff Gruslin) has issued the following update:
"Jeff Gruslin and myself are entering the final stages of the recording of [the new GODLESS RISING album] 'Trumpet Of Triumph' as well as working on solidifying the touring lineup for the coming year. This has been an interesting process with me doing my parts here in Wyoming and the rest taking place at Triad Studios in Rhode Island with renouned producer Tony Ricci.

"Finally getting a chance to sit back and listen to the unmixed versions of the new GODLESS RISING album, I can pick up many cool influences; early SLAYER, DESTRUCTION, MORBID ANGEL, BOLT THROWER, early VITAL REMAINS, of course, HELSTAR, BLASPHEMY and a black metal vibe throughout. Guitar solo-wise, I am quite pleased; lots of neo-classical solos inspired by old Shrapnel records, those cool Alex Lifeson (RUSH) chords and some morbid Jimmy Page-inspired (LED ZEPPELIN) drones.

"As many know, we are covering SLAYER's 'Kill Again' and re-doing an earlier GODLESS RISING track 'Devour The Cross'. 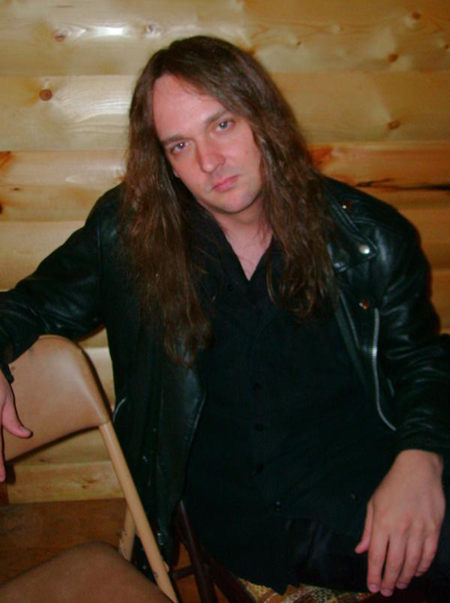