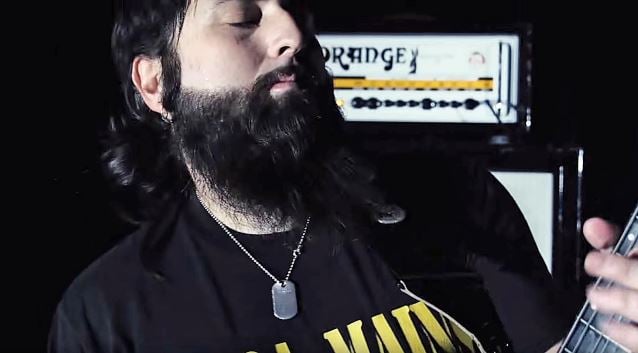 There are great guitarists, great vocalists and great songwriters, but Monte Pittman is one of the elite few who can truly lay claim to all three titles. With his fourth full-length, "Inverted Grasp Of Balance" (due on September 23),he has once again raised the stakes, delivering a riveting collection of full force metal that showcases his continuing evolution, undoubtedly expanding his devout — and ravenous — fan base.

"I knew exactly the album I wanted to make," he states. "I wanted to make the heaviest and craziest music I ever have. I really feel that it's an album that will grab you and demand your attention."

The results speak for themselves, and from the explosive thrash of opener "Panic Attack" through to the epic strains of closing track "New Blood Keeps Us Alive", the quality doesn't dip once, making this one of the most essential metal releases of 2016.

The song "Be Very Afraid" can be streamed using the SoundCloud widget below.

To assert that Pittman has had a storied career is something of an understatement. His resumé includes an ongoing and fruitful collaboration with multi-platinum selling artist Madonna, having recorded and toured with her extensively over a period of more than fifteen years. Then there's his first band, MYRA MAINS, his stint in the metallic behemoth that is PRONG, and collaborations with a broad spectrum of international artists. If his time with PRONG did not fully communicate just how much metal flowed through his veins, with 2014's Flemming Rasmussen-produced "The Power Of Three" — his first release with Metal Blade Records — he compellingly blended killer riffs, blistering leads and gigantic hooks to deliver an album that was equal parts anthemic grandeur and in-your-face attitude, making metalheads around the world sit up and take note.

Having never been inclined to allow his guitars to gather dust, Pittman wasted no time in commencing writing for its follow-up. "I started pretty much immediately," he said. "When I finish an album, I have a window of opportunity where I see the big picture and where it should take me next. There are sections to the songs on 'Inverted Grasp Of Balance' that are identical to the way they were when I originally came up with them, all that time ago, and there are parts that I changed at the last minute while recording. It was a real ongoing process."

Alongside wanting to make a heavier, faster record, Pittman also wanted to push the boundaries of his guitar playing, while experimenting more dramatically with song structures and tones. This is made clear by the diversity of the record, which while predominantly a blast of armor-plated adrenaline showcases an admirable range of sounds and styles, features some straight up rockers and truly beautiful moments amidst the metallic attack. "I planned on it all being heads down thrashing, but I've always liked a variety of music and sounds," he said. "The beautiful, plaintive parts snuck in and gave the album a nice dynamic. I wanted it to be a record that just pulverizes you for an hour, but having a lighter side in places gives it more balance."

The album title itself comes from a line in album opener "Panic Attack", and is centered around the idea of feeling in control when that is actually not the case at all — the ground falls out beneath you just when you think you've got things dialed. However, Pittman views such circumstances as a potential blessing in disguise. "It can mean starting again from scratch but knowing more than you did before," he said. "What is balance? It's never 50/50. Nothing is ever completely perfect. From a music theory perspective, if you take a C Major 7 chord, you have 'perfect harmony'. None of the notes are altered, and that's the only time this happens with the numerical value of the tones. But if you take the notes that give you that sound or feeling - which is a C and a B - and you put them just with each other, they're dissonant. I think the lesson in that is you have to have disharmony to have perfect harmony."

Of course, it would not be a Monte Pittman album without a bevy of killer guitar solos. As such, anyone partial to fleet-fingered shredding will also find plenty to fall in love with on "Inverted Grasp Of Balance", for Pittman has never sounded better when he lets loose on the fretboard. Again, he continued to push the envelope. "I incorporated some different, odd scales and chords into a lot of it," he said. "If I found myself repeating ideas, I knew to go somewhere else with it. As someone who teaches guitar, I also wanted to be able to use the leads as examples for teaching guitar lessons. In 'Obliterated', there are several little elements that could be guitar lessons on their own."

Teamed up with powerhouse drummer Richard Christy of CHARRED WALLS OF THE DAMNED, ICED EARTH and DEATH fame and virtuoso bassist Billy Sheehan, famous for his work with a plethora of extremely talented artists — including David Lee Roth, MR. BIG and, more recently, THE WINERY DOGS — the skill of all concerned explodes from the speakers. With such passionate professionals and Jay Ruston (ANTHRAX, STEEL PANTHER) handling production duties, the record came together quickly and smoothly, Pittman recording his guitar parts wherever he found himself while on the road. With unique artwork provided by Sean K Hughes — whom Pittman met at a bar called The Black Rabbit in Melbourne, Australia — this really is the proverbial "whole package": an album that has been lovingly crafted in all aspects, that he hopes reaches as many ears as possible.

"Having Metal Blade on board for the entire process of creating this album has been incredible," Monte said. "Many people don't know, but they came on board much later in the process on 'The Power Of Three', and working alongside Brian Slagel, Mike Faley and their amazing team has been a real treat. I had a true vision for this record from the start, and I couldn't imagine a better team to help me realize it. We're going to make some real noise with 'Inverted Grasp Of Balance' — so get ready!" 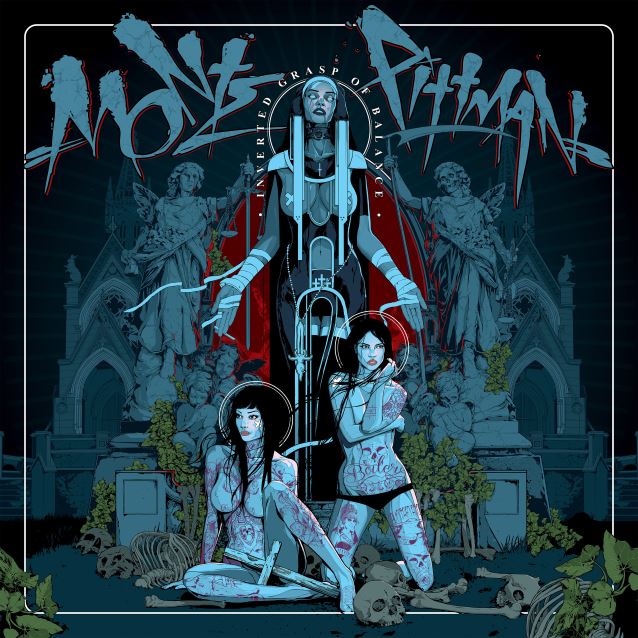