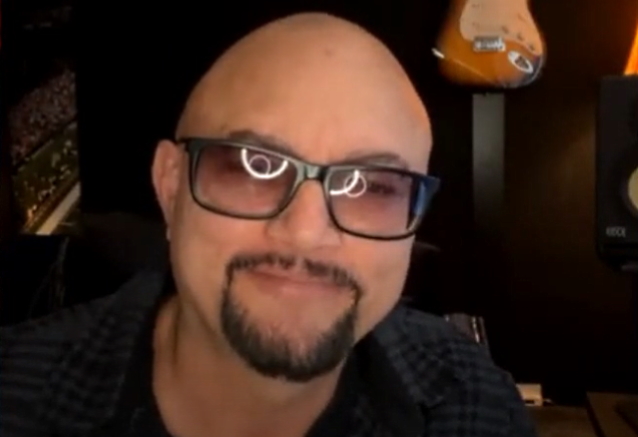 In a new interview with Conversaciones Necias, former QUEENSRŸCHE vocalist Geoff Tate was asked if he has given any thought to his eventual retirement. He responded: "I think I'll keep traveling and singing songs until I can't do it anymore. I really enjoy it. It's a wonderful lifestyle, and I'm very fortunate and very blessed to still be in good health and able to do it.

Three years ago, Tate appeared to be more open to the idea of someday retiring from recording and performing live. At the time, he told Brickhouse TV: "If and when I can retire at some point, what I'd like to do with my time [is] just spend it in the vineyard. There's a point where you've got to kind of hang up your rock n' roll shoes and only come out on occasion. I've got 19 albums, and I really want to do at least 20, so I think I have one more album in me, maybe two."

But in early 2021, Geoff seemingly had a change of heart, telling Aftershocks TV: "I can't imagine stopping — I really can't. I love traveling and I love performing, so I've got the perfect gig. [Laughs] I can't think of anything else I'd rather do than play music. So I guess as long as I'm still healthy and can still sing [the songs], I'll continue to do it."

Earlier this month, Geoff said that he had still not completely recovered after recently undergoing an unspecified heart procedure.

The 63-year-old musician discussed his health in an interview with Tulsa Music Stream. Asked if he was feeling back to a hundred percent nearly six months after going under the knife, Geoff said: "Yeah, I think I'm — I don't know if I'd say 'a hundred percent', but I think after the New Year I'll be approaching that number. It was a really difficult few months there. [I'd] never been [seriously] ill in my life — I'd never actually been in a hospital ever — so this was something that was quite a bit different to get used to."

This past August, Tate said that "it took about a month" before he "could make a sound" and eventually regain his singing voice.

"I'd never been in a hospital before in my life, or I'd never had anything wrong with me, and this was the first experience for me," he explained to in Ritchie Birnie. "And I was just amazed at how much it took out of me. I've always been a pretty physical, pretty strong person, but, man, when I came out of the hospital, I was weak. I could barely walk."