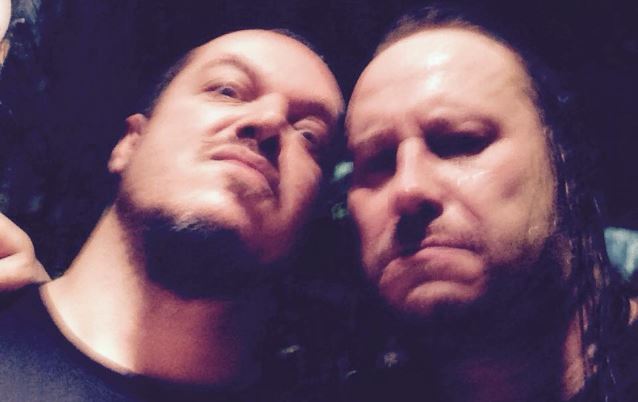 Former SEPULTURA and current CAVALERA CONSPIRACY drummer Igor Cavalera joined ENTOMBED A.D. on stage on November 14 at the Underworld in London, England to perform the ENTOMBED song "Wolverine Blues". Fan-filmed video footage of his appearance can be seen below.

"Back To The Front", the album that was recorded last year by four members of the most recent lineup of the legendary Swedish metal act ENTOMBED — Lars Göran Petrov (vocals),Olle Dahlstedt (drums),Nico Elgstrand (guitar) and Victor Brandt (bass) — was released on August 5 via Century Media Records under the band name ENTOMBED A.D. The CD was recorded at Studio Bohus (ABBA, EUROPE) in Kungälv, Sweden with producer Roberto Laghi (IN FLAMES, HARDCORE SUPERSTAR). The cover artwork was painted by Zbigniew Bielak (WATAIN, VADER).

In a recent interview with Metal Underground, Elgstrand stated about the legal issues that forced the ENTOMBED name change: "We've had some internal turmoil that resulted in a separation of Alex [Hellid, guitar] from the band. [It] turns out he didn't wanna make music and tour on it. [We're] still not sure what the hell he wants to do! When we were about to release the album, he started bringing in lawyers and claimed that the name ENTOMBED belongs to him. Which, of course, it doesn't, but instead of getting into a lawsuit that would've gone on for a long time and wouldn't have made anyone happy except a bunch of lawyers, we decided to add 'A.D.' to the name and get on with what were supposed to do, which is making music and touring as a band. As of now, the name ENTOMBED is on hold for anyone to use until people involved come to a solution. Unfortunately, it doesn't seem to happen in the near future." 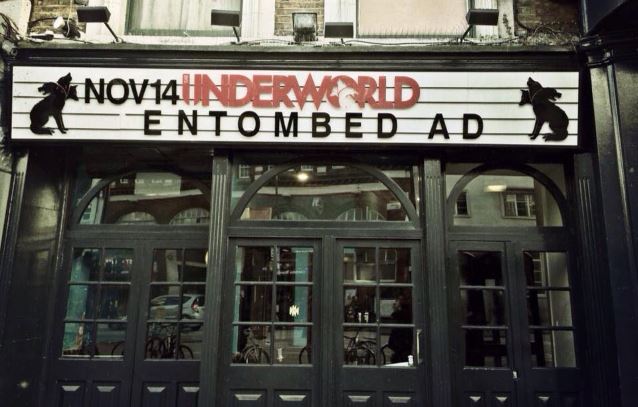