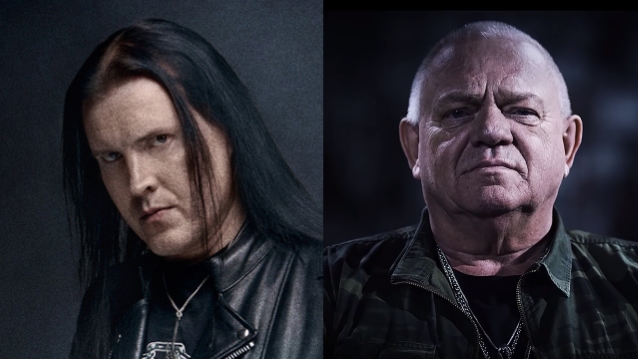 Former U.D.O. guitarist Kasperi Heikkinen has fired back at Udo Dirkschneider, calling the singer's recent comments about him "really sad, unnecessary and unprofessional."

The legendary ex-ACCEPT frontman recently gave an interview to Metal Forces in which he blamed Heikkinen's and fellow guitarist Bill Hudson's departures from U.D.O. on the fact that "they were not team players. I'm not a solo artist; we work in the band as a team," he explained. "They were definitely not team players, and that's the reason why they are not in the band any more… There was too much ego. They were not willing to work on songs together, let's say. For example, Kasperi, he came up with an idea, and we said, 'Okay, maybe we can do it like this and this.' Then he said 'Nobody changes my songs or ideas, thank you very much,' and that was it. [Laughs] With Bill Hudson, for example, he wasn't really interested in composing anything and wasn't really interested in playing on the album. He was working on something. Yeah, I don't know, and he never really became a member of the band. He was always away, and doing some different stuff. Sometimes there was the feeling that he was doing the Bill Hudson show, and not a DIRKSCHNEIDER show. It isn't possible for us to work with people like this."

After BLABBERMOUTH.NET published Udo's comments from the Metal Forces interview, Saku Schildt of Soundi.fi contacted Heikkinen to get his side of the story. The current BEAST IN BLACK guitarist said: "That is really sad, unnecessary and unprofessional. I wonder why [Udo] feels it is necessary to comment on the subject at this point, more than a year and a half after I left the band.

"Anyone who has read Udo's opinions about ACCEPT's current lineup can draw their own conclusions about how seriously his comments should be taken," he continued. "On the other hand, Bill Hudson's earlier statement shows how things can be seen differently, depending on who's talking.

"I am still immensely proud of what we did with the band from 2013-2017, and even these Udo's bitter and unnecessary comments can't spoil the countless great memories from those times," Kasperi added.

"Now I'm concentrating on BEAST IN BLACK, including our new studio album, a future European tour with NIGHTWISH and next year's gigs."

U.D.O.'s new album, "Steelfactory", was released on August 31 via AFM.

Although the band has yet to announce a replacement for Hudson, Dirkschneider has indicated in recent interviews that the new U.D.O. guitarist is a 26-year-old German native.