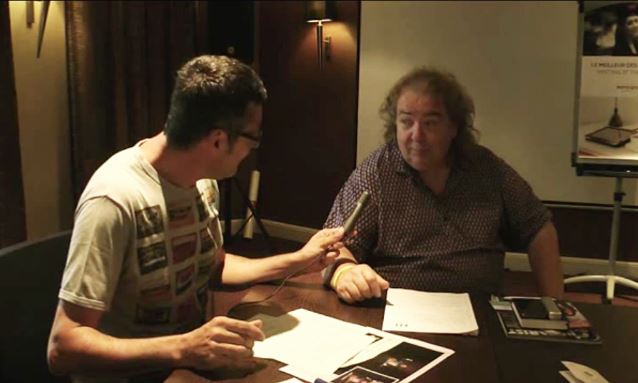 On July 8, Carmziofa of United Rock Nations conducted an interview with former WHITESNAKE guitarist Bernie Marsden. You can now watch the chat below.

Marsden will release his new solo album, "Shine", on August 18 via Provogue as a double-LP, CD and digital download.

Devotees of the blues genre are unlikely to overlook the fact that "Shine" is released on Provogue — home of Joe Bonamassa, Eric Johnson, Robert Cray, Jonny Lang, Walter Trout and others — and many are likely to have put two and two together regarding its contents. But let's be clear, shall we? "Shine" is NOT a dyed-in-the-wool-blues album. "To me, it's a classic rock album with a modern feel," points out Marsden with customary good cheer.

"When I asked the bosses at Provogue what type of album they wanted from me, they simply replied: 'Make a Bernie Marsden album.' And that's what I did."

The light, airy commercial feel of "Shine" is largely attributable to producer Rob Cass, who pieced together its contents in Studio 3 of the legendary Abbey Road facility, though the backing tracks for three of its selections were cut at Riverside Studios in Somerset. During the 1980s, Cass had actually spent six months as the lead singer of Marsden's group ALASKA before carving a career as a successful producer with a wide range of rock, pop and classical artists. It was Cass who sought out Marsden, e-mailing him to suggest they catch up over a reunion lunch at the home of his production company, located at Abbey Road Studios.

"Rob wanted to thank me for having sent him an air ticket to come to London from Ireland [to join ALASKA] and helping to get his career underway," Bernie relates. "Coincidentally, I was looking for a producer because I've been writing, playing and producing for too long. I really liked the sounds that Rob gets, and that's how the whole thing came together. If people think I was recording at Abbey Road because WHITESNAKE's 'Here I Go Again' made 18 gazillion quid, then they're quite wrong… though it did make 17 gazillion quid!" he adds with a hearty laugh.

Marsden believes that the famous facility has an atmosphere that permeates the sounds created within its walls — hence the album's final instrumental song is titled "NW8", after the studio's postcode.

“THE BEATLES recorded 'Revolver', my favorite album of theirs, in Studio 3, so it has that sense of history,” he says, "but I honestly believe Abbey Road to be the best studio in the world."

Although Marsden was wary of flooding the credits with too many special guests, "Shine" does feature some extremely well-known names, from Joe Bonamassa to WHITESNAKE singer David Coverdale and the DEEP PURPLE duo of Ian Paice (drums) and Don Airey (keyboards). Jimmy Copley of Jeff Beck fame behind the kit and Mark Feltham of NINE BELOW ZERO also supplies some breathtaking harmonica playing.

"I can't help it, I've got a lot of mates — and quite a few of them are guitar players," Bernie laughs.

Bernie will tour extensively in 2014.

Check out a trailer for the CD below. 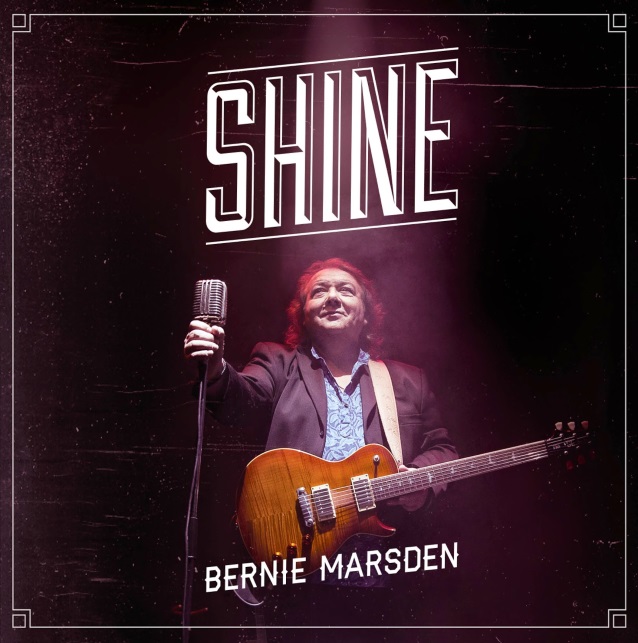