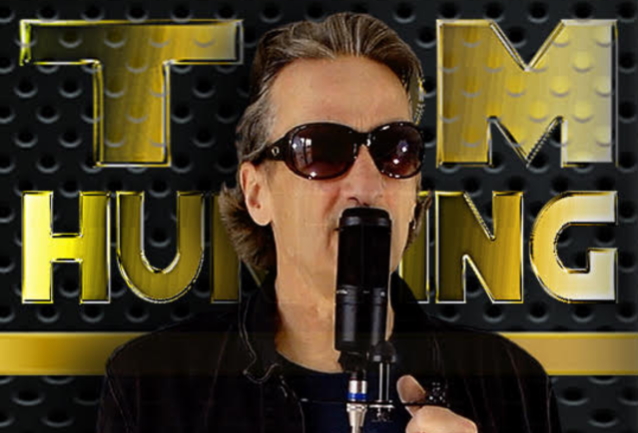 Darryl "DMC" McDaniels not only lends his vocals to the classic "Jungle Love" ("Purple Rain") but wrote his own lyrics for this classic by MORRIS DAY AND THE TIME.

Jack Gibson (EXODUS) lends his bass to "East Bound And Down", joining his bandmate for this classic by Jerry Reed. Jack's love for "Smokey And The Bandit" helped bring an authentic tone to this heavy remake, the official music video for which can be seen below.

Dan Lorenzo (HADES, NON-FICTION, PATRIARCHS IN BLACK) plays bass on the Stevie Wonder classic "You Haven't Done Nothin'", plus the guitar parts behind DMC on "Jungle Love", adding to that crushing original section of the track.

Jonny Rod (RETURN TO DARKNESS) takes on the killer solo for "East Bound and Down", staying true to the classic. He also kills it on bass for "Jungle Love" and "Boys Are Back In Town" by THE BUSBOYS, from the film "48 Hrs.".

James Arthur (WHEELHOUSE JUNCTION) closes the album with his vocal tribute in "East Bound And Down".

Tom worked closely with drummer Gator McKlusky, who also produced and engineered the album, to make sure everything best represented these classics.

The music video for "Boys Are Back In Town", featuring Chuck Billy (TESTAMENT) and Steve "Zetro" Souza (EXODUS) on backing vocals, can also be seen below. The clip was created by Craig Cefola.

Hunting underwent a successful total gastrectomy in July 2021 in his battle with squamous cell carcinoma (SCC) of the stomach.

The 57-year-old rejoined his EXODUS bandmates on stage last October at the Aftershock festival in Sacramento, California.

This past January, Hunting was asked by Niclas Müller-Hansen of RockSverige if his battle with squamous cell carcinoma (SCC) of the stomach has changed his view on life. He responded: "Well, I definitely don't sweat the small stuff anymore. It gives you a new perspective where that's concerned, I think. Things that used to stress me out, I'm just, like, Meh.' It's just stuff that's gonna happen to some of us. I'm lucky — very lucky — that they were able to take a bad situation and make it okay. I'm walking around, I'm eating, I'm breathing, I'm playing drums. I'm lucky and the science is amazing like what they're able to do. They've done a lot of tests and they can't find cancer inside me right now so that's a good thing. I might've dodged a couple of bullets there. [Laughs]"

Hunting said that there was a short period after the surgery when he couldn't play drums. "They wouldn't let me do anything for, like, five weeks," he said. "Then I started doing pushups. Before the surgery, I was getting chemo doses, like four of them, and they were pretty massive. I did play drums a little bit, but I wasn't feeling it that well. I thought I was gonna be in the throes of getting four more outro doses of chemo, but they're not doing them. They don't need to. Right now I'm getting immunotherapy which does not really have any side effects. Getting small doses of that once every three weeks, but I have no restrictions on playing or anything, basically. They said, 'Just resume your life. Celebrate and resume your life.' And that's kinda what I'm doing." 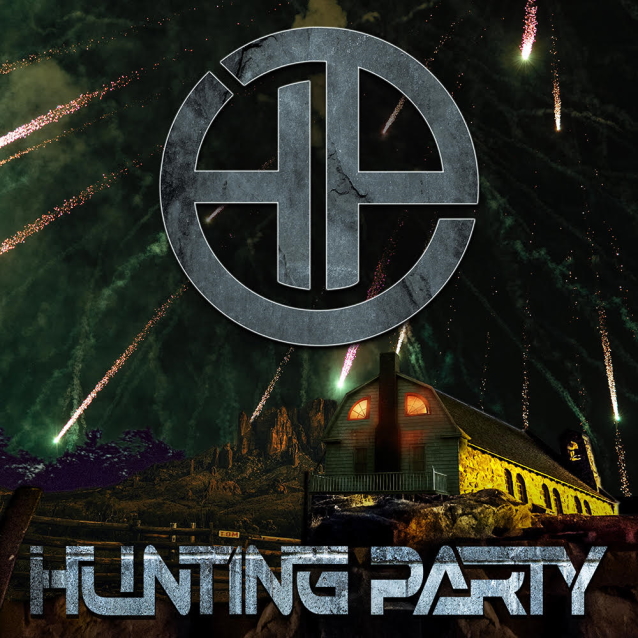 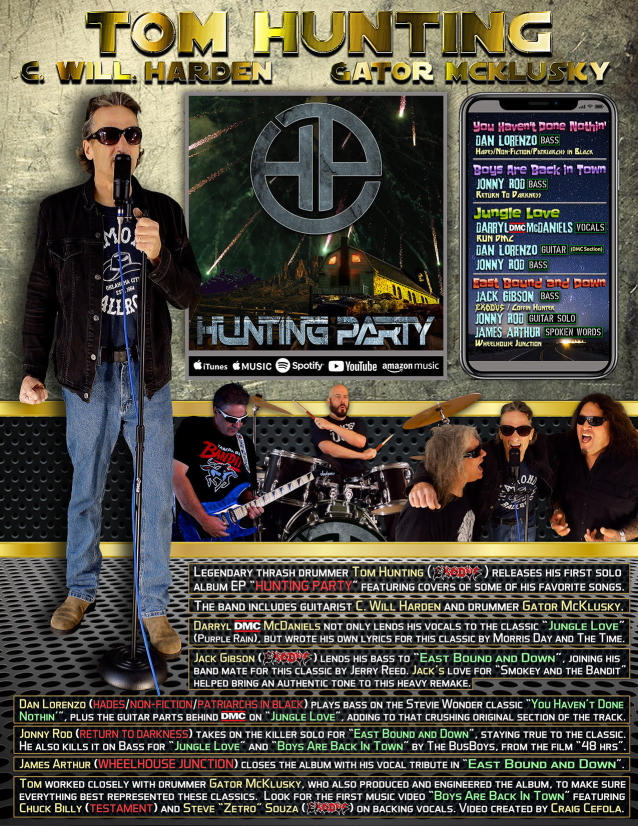 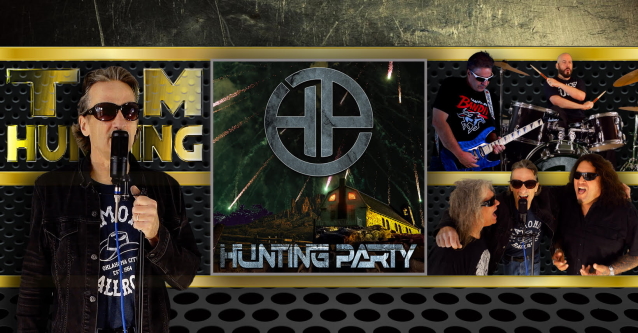