Commented Holt: "After many years in the planning and discussion stage, we have finally completed the re-recording of 'Bonded By Blood'. We have decided to call it 'Let There Be Blood' and it is our way of paying homage to Paul Baloff [former EXODUS vocalist who passed away in 2002] by showing how relevant these songs we had written together still are. We aren't trying to replace the original; that's impossible anyway. We are just giving these songs the benefit of modern production. It's something we talked about before Paul's death and it's always been important to us to do. We were super-excited about entering the studio once again to record these classics, and now it's back to writing the next studio record!"

"Paul was rad, totally original. He was not like [METALLICA's James] Hetfield or [SLAYER's Tom] Araya. I think at times he wanted to be but he was simply himself. He had a really cool way of going up with his voice in the weirdest spots. I, myself, find it cool and original.

"I have been singing these songs regularly for three years now and I have totally made them my own but with all the nuances that Paul threw in. I have a different voice than Paul, so it would be kinda stupid to just mimic him, but I definitely bite his style but try to remain myself.

"This record is a total homage to him with modern technology and for fun. If he was around, which it is unfortunate that he is not, he would be doing this record.

"My life is cool now, but it was cool before I joined EXODUS; I made good money had a great apartment in L.A. and I traveled everywhere and surfed regularly.

'Honestly, I would rather hear Paul re-record this.

"I will give these songs all the venom and hate I can give, and it's all for the love I have for these songs and this band. If those out there don't like it, and think it's not good, listen to the original — it will always stand the test of time."

Gary Holt was interviewed on the July 26, 2008 edition of "The Classic Metal Show" about the band's decision to re-record "Bonded by Blood". Listen to the interview in two parts below.

"Let There Be Blood" artwork: 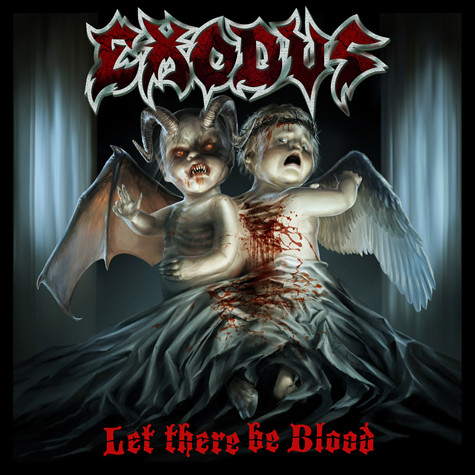 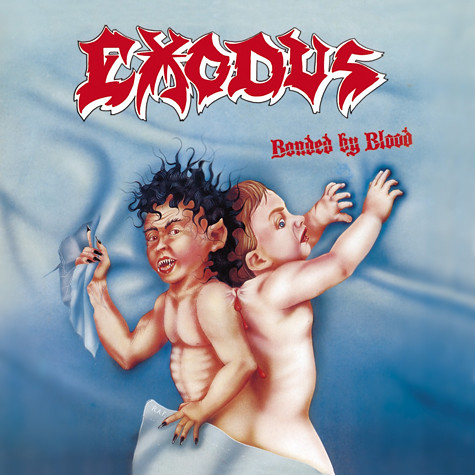