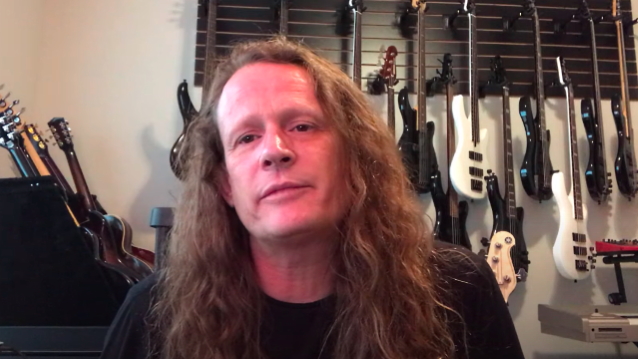 In a recent video question-and-answer session with fans, EXODUS bassist Jack Gibson was asked to name the "most annoying thing about being in a band." He responded (see video below): "You're dealing with four other people and their opinions and their emotions and everything, and it's kind of like having four girlfriends, because you're all fighting about something that you care about and you love. And sometimes being out on the road, being on tour and being forced into such close confines with people, even when you're really, really close with people, after [being physically] that close that long, it starts to get annoying. It's probably that — being out on the road for a while and being stuck close to everybody. It doesn't matter how close you are and how much you like somebody, things just start getting annoying in that environment."

Last month, EXODUS guitarist Gary Holt said that he has been writing "crushing" new riffs for the band's forthcoming follow-up to 2014's "Blood In Blood Out" album.