F5 the Phoenix-based band featuring former MEGADETH bassist David Ellefson, ex-SICK SPEED vocalist Dale Steele, guitarists Steve Conley and John Davis, and ex-MEGADETH drummer Jimmy DeGrasso has posted a new song, "No Excuse", on its MySpace page. The track comes off the group's forthcoming sophomore album, "The Reckoning", which is due on August 19 through OarFin Distribution. The follow-up to 2005's "A Drug for All Seasons" was produced by Ryan Greene at his Crush Recording facility in Scottsdale, Arizona.

"We went into the recording process for 'The Reckoning' with a clear-cut mission," said Ellefson. "The mission was to make a powerhouse metal record that showcases the world-class playing of F5 while continuing to build upon our melodic abilities."

Staying true to its style of crafting heavy-but-melodic hooks, F5's hard-hitting new disc is, according to Ellefson, "a natural progression for the band." 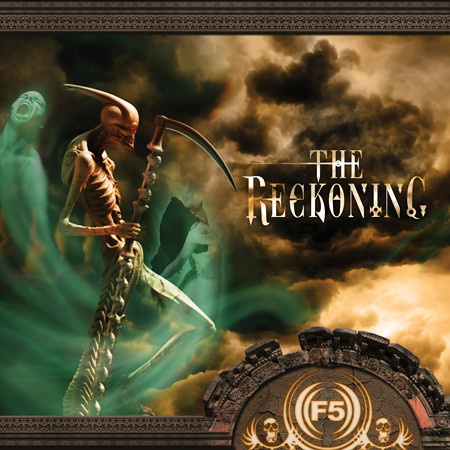 F5 will perform at The Sets in Tempe, Arizona on June 13.

The band headlined the first Rage Brigade music festival on April 19 at Club Red in Tempe, Arizona. Fan-filmed video footage from the concert can be viewed below.