FAITH NO MORE has added a second Manchester performance, on June 9 at O2 Apollo, with both the band and Live Nation donating all proceeds from the outing to the Australian fire relief funds established by Wires and the CFS Foundation.

"Australia is a country that we connected with early on in our career," explained Roddy Bottum. "We spent time not only with the people in their cities but also at its beaches and driving through its vast terrains."

"Reading the news about what's been happening in Australia has been heartbreaking," adds Bill Gould. "It's hard to even comprehend the scale of damage; hopefully this small contribution on our part can make a difference somewhere."

Tickets for the newly announced date will be available tomorrow, January 24 at 10 a.m. GMT.

The two charities selected by the band are Wires, whose mission is to actively rehabilitate and preserve Australian wildlife, and the CFS Foundation, who provide financial assistance and care to CFS volunteer firefighters and their families.

FAITH NO MORE last played in Europe in June of 2015, following the May release of "Sol Invictus" (Ipecac/Reclamation Recordings). 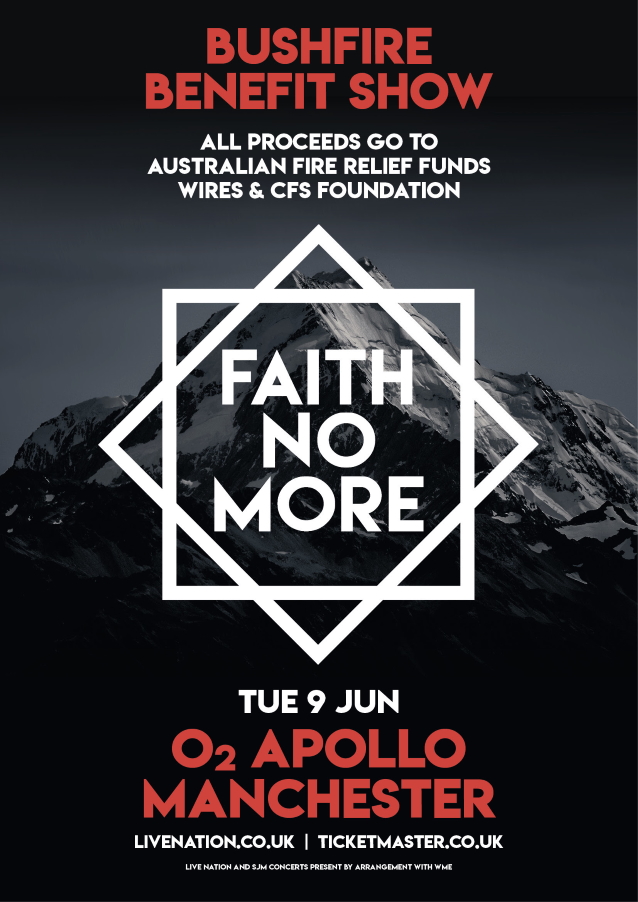