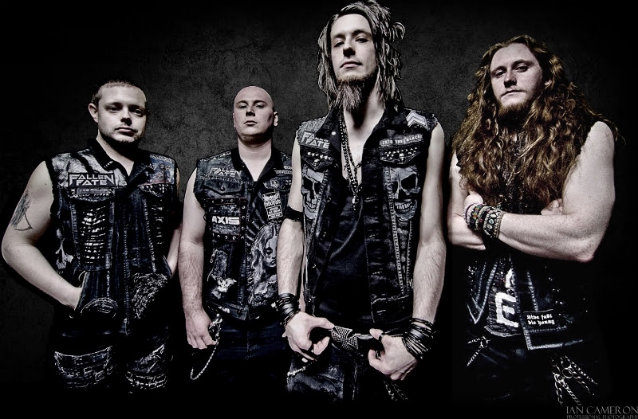 "Into The Black", the sophomore album from North East England's purveyors of modern metal FALLEN FATE, was released on January 30. The follow-up to 2011's "The Virus Has Spread" was recorded, in part, in Stymphalian Productions in York with producer James Stephenson and was finished in vocalist Lee Skinner's home studio.

The official lyric video for the song "Blackened Within" can be seen below.

"Into The Black" retains FALLEN FATE's signature punishing heaviness but it's also apparent that the band has moved on musically since "The Virus Has Spread".

Comments Lee Skinner: "Dark, expressive and heavy…The sound and feel of FALLEN FATE has changed quite a bit since the release of 'The Virus Has Spread'. The band has progressed and developed a more solid metal sound while maintaining a unique mix of speed and heaviness in the music.

"Based on a horror movie theme around a young girl called Vespa, the concept of 'Into The Black' plays a big part in how the album sounds and how it is visually portrayed through the artwork and upcoming videos. It contributed to the evolving sound of the band as we introduced more keyboards and experimental sounds into the mix, giving it a different dark feel and sound."

Talking further about the concept of the album, Skinner elaborates: "She [Vespa] chose a life without faith and over time became possessed by a demon. The demon slowly took over her body and ultimately lead her to kill herself and her family. The drive behind the concept is to empower the listener to decide whether she was possessed by the Devil, as she has no saviour in her life, or if she was possessed by God, punishing her for her lack of faith."

The artwork for "Into The Black" was designed by both photographer Ian Cameron and Skinner through his own Black Venom Designs.

"Into The Black" track listing: 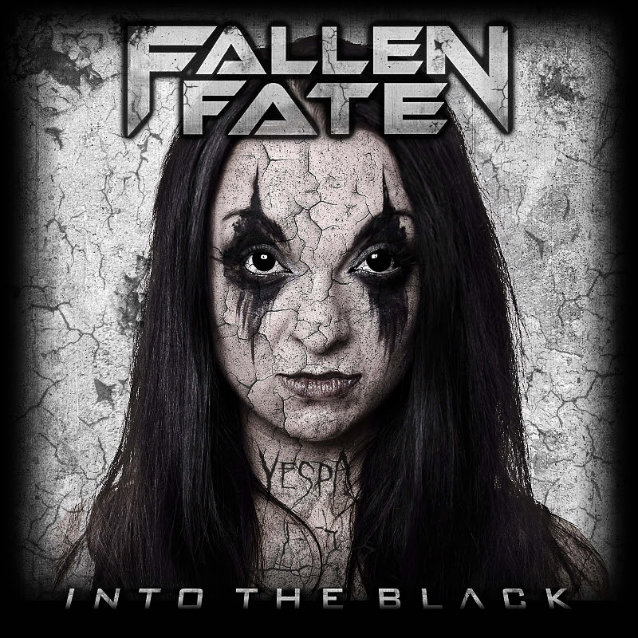