According to the Daily Hampshire Gazette, a man in Easthampton, Massachusetts has used the coronavirus downtime to create a SLIPKNOT concert experience in the front yard of his home.

Tim Young created his SLIPKNOT display by welding together the frames for nine mannequins out of steel pipes. So far, the 41-year-old plumber and father of four has put on six "shows," featuring four to five songs from each of SLIPKNOT's earlier albums, followed by a performance of the band's latest LP, "We Are Not Your Kind", in its entirety. Each show is augmented by laser lights, smoke machines and strobe lights.

"It's filling a void for me" during the pandemic, he said.

Young, who has seen SLIPKNOT band 11 times, starting at Ozzfest in 1999, said that he has "a very supportive family" and added that his neighbors have been "pretty cool" about his SLIPKNOT display.

When he attended SLIPKNOT's show in Iowa last year, Young brought his daughter Jacqueline and son Liam. His wife bought the tickets.

Earlier this year, SLIPKNOT frontman Corey Taylor told The Irish Times that the band's fans who were teenagers or in their early 20s when the group's debut album came out are still coming to SLIPKNOT shows. "Absolutely, but they are in the seats now," he said. "They are not in the pit. I don't blame them. I haven't been in a mosh pit since 1997. It's insane. They are bringing their kids and their kids go in the pit. They get it. I have run into a bunch of fathers and mothers who come to meet and greet with their kids. The fathers are just so nervous. It's great to watch them watch their kids and know that they are passing it down. They recognize that same passion."

Photos below courtesy of Tim Young 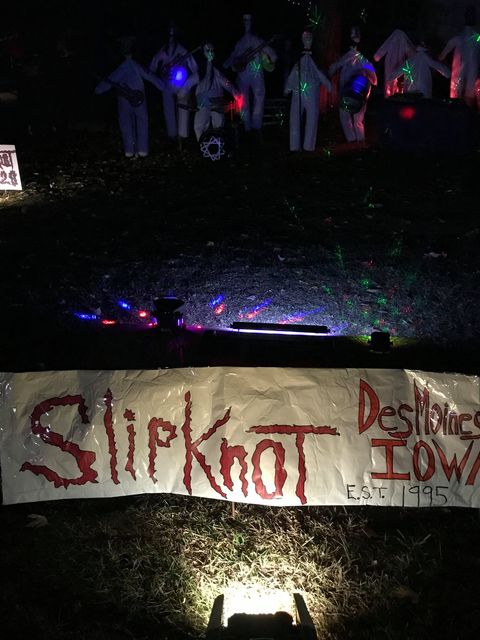 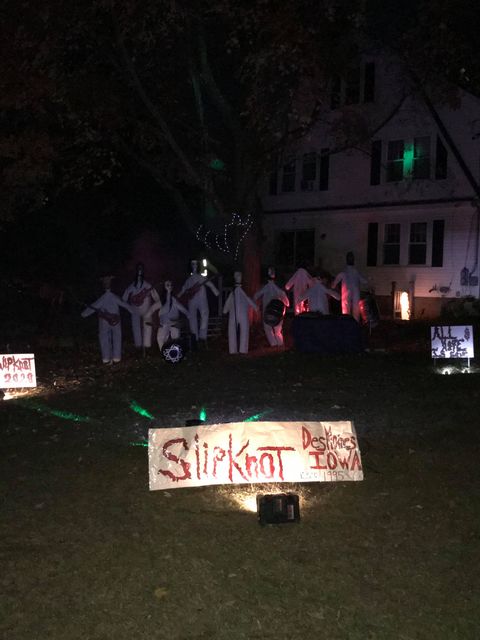 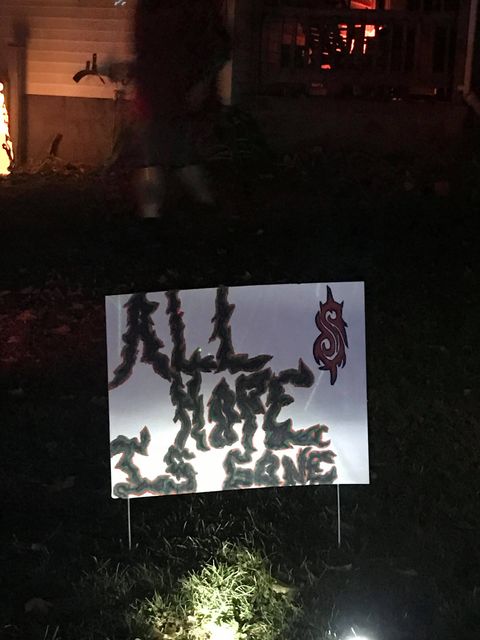 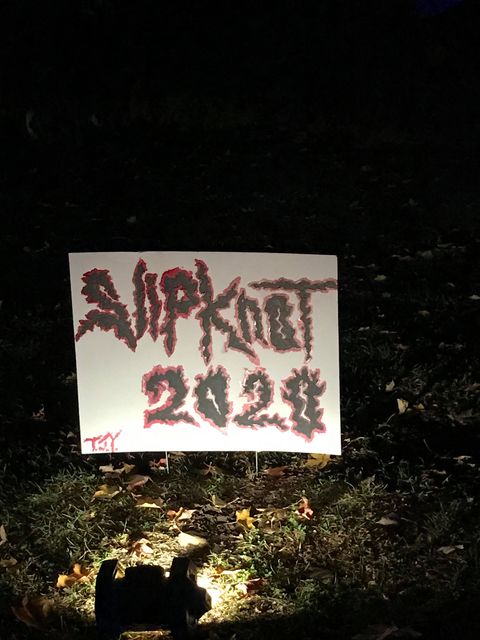