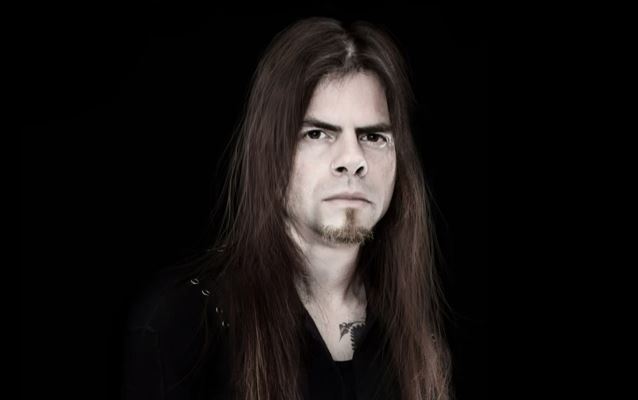 **UPDATE**: Todd La Torre has released the following statement via his Facebook page:

"As many of you have become aware, my father is no longer with us. I haven't disclosed anything to the press, as to preserve some privacy during this time. It has since been made aware to the public by the media, reaching outlets well outside of my local Tampa Bay area.

"Although this is a very difficult time, this post is only to confirm that we will not be cancelling any shows. I have responsibilities to uphold, and will do whatever I can to perform to the best of my abilities considering the circumstances.

"Thank you for your support. Sincerely, Todd."

Todd's QUEENSRŸCHE bandmates have released the following statement: "From all of us, the entire QUEENSRŸCHE family, our deepest and heartfelt condolences to our good friend and band mate Todd La Torre, his sister Kristina LaTorre Young and the LaTorre family, in the death of their father and friend. Words cannot express our sorrow."

According to a number of media outlets — including Tampa Bay Times, WFLA.com and ABC Action News — William LaTorre, a prominent St. Petersburg, Florida doctor and father of QUEENSRŸCHE/ex-CRIMSON GLORY singer Todd La Torre (pictured),was found dead in his office Thursday morning. Detectives have officially ruled his death as a suicide. A gun was found nearby. He was 73.

The shooting reportedly took place around 7 a.m. at St. Petersburg's LaTorre Wellness Center, which William LaTorre owned. He did not leave a note, according to officers.

"We have people with his family at this time and family and friends have gathered to deal with this news," Yolanda Fernandez of the St. Petersburg Police Department told ABC Action News. "It is very difficult for everyone and of course he has been here in the Bay area for a long time, so he has a lot of people that knew him."

William LaTorre's daughter and Todd's sister, Kristina LaTorre Young, paid tribute to her dad earlier today by posting a photo of the two siblings and their father on her Facebook page.

William LaTorre was the chiropractor who made headlines in 1989 when he became involved in a Memorial Day boat collision that claimed the lives of four teenagers. Todd, then 16, two of Todd's friends, and William LaTorre's wife were on the boat with him that day. William LaTorre was later acquitted in court.

Barry Cohen, who represented William LaTorre in that case, told ABC Action News he saw LaTorre three weeks ago at Trader Joe's in Tampa. Cohen said there was no indication LaTorre was in distress.

"You never know what goes on inside somebody's mind," said Cohen. "He obviously had a lot going on. A lot of demons eating at him."

William LaTorre had plans today to celebrate his 38th wedding anniversary with his wife.