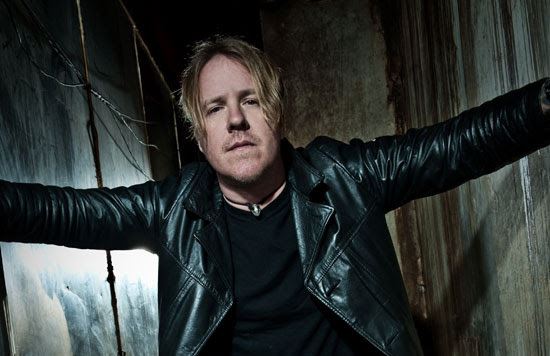 FEAR FACTORY vocalist Burton C. Bell will release a limited-edition print run of his graphic novel "The Industrialist" on September 12 via his newly launched personal web site, BurtonCBell.com. The book will be limited to 500 copies and is based on the story of the band's 2012 album of the same name. A rare collector's edition will be available for pre-sale that will include a signed and numbered graphic novel by Burton C. Bell, a t-shirt of the Industrialist character designed by Noel Guard and an 11x17 hand screened, black-and-white, numbered art poster. There will only be 100 of these collector's editions made.

Said Bell: "As far as I can remember, I have been a a fan of science fiction. Watching episodes of 'Twilight Zone' and 'Star Trek' led me to read Robert A. Heinlein by the time I was 8.

"I started writing concepts for FEAR FACTORY during the 'Demanufacture' writing process. The sci­fi element integrated itself into the band's philosophy and concepts. This early influence has directed my path of creativity to enjoy science and the future of humanity.

"I am fortunate to be able to write my ideas into music that I love.

"During my career I have had the pleasure to work with great artists like Dave McKean and Ben Templesmith. This is my first collaboration on a true graphic novel with a great new talent.

"I was introduced to Noel through a fellow artist. I checked out Noel's work and was immediately impressed. After meeting him in London, I knew he would be the man for the job. He understood the concept immediately.

"'The Industrialist' is my first independently released graphic novel. This story was first published in FEAR FACTORY's album 'The Industrialist'. That album is the soundtrack to this novel, and it follows the story within these pages. Noel Guard has accurately rendered the characters and scenes, and he captured the images as I saw them in my own mind. I foresee a great future for Mr. Guard."

FEAR FACTORY's new album "Genexus", will be released on August 7 via Nuclear Blast Entertainment. The follow-up to 2012's "The Industrialist" was co-produced by longtime collaborator Rhys Fulber, along with guitarist Dino Cazares and vocalist Burton C. Bell and mixed by Andy Sneap (ARCH ENEMY, TESTAMENT, EXODUS, MACHINE HEAD). Artwork was once again handled by Anthony Clarkson. Drums on "Genexus" were performed by Mike Heller (MALIGNANCY). 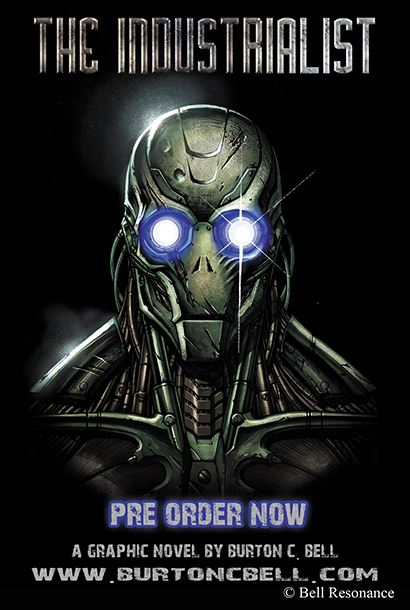