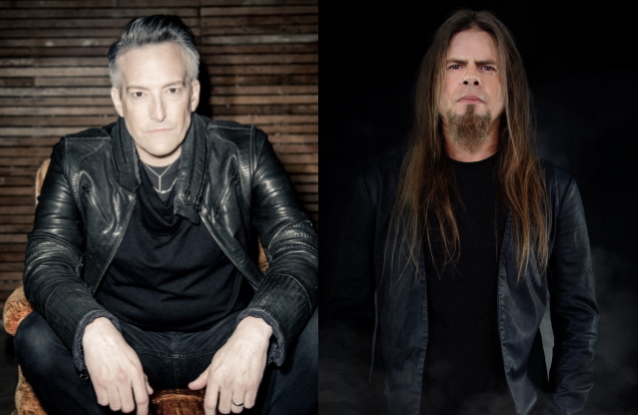 FILTER And QUEENSRŸCHE Members Blast SYSTEM OF A DOWN Drummer: 'Moronic' And 'Not Very Bright'

FILTER's Richard Patrick and QUEENSRŸCHE's Todd La Torre have blasted SYSTEM OF A DOWN drummer John Dolmayan for saying that the COVID-19 pandemic "has always been about money."

On Sunday (February 27),Dolmayan, who was previously critical of vaccine mandates, saying they were akin to "self-imposed tyranny and mental slavery," took to his Instagram to share a Pokémon COVID-19 meme, and he included the following message: "And just like that covid will slowly go away. This is and has always been about money , covid was about money , Ukraine is about money. Resources equal wealth , stability , and power. Theres a game of chess being played by those in the real positions of power and we'd like to think we're the pawns but the truth is we're not even on the board."

When one of John's followers countered that "if it was about money then shops would have stayed open. Small business went bankrupt because of covid, it was never about money it was about saving lives", John fired back: "do you have any idea how much money Amazon made during Covid? Not to mention pharmaceutical companies ? Of course it's about money".

After BLABBERMOUTH.NET reported on Dolmayan's comments on Sunday, both Patrick and La Torre weighed in via Facebook, with Todd dismissing John's assessment as "moronic" and Patrick writing simply, "Not a very bright man…"

Patrick has been a vocal critic of former U.S. president Donald Trump and the Republican party for the last few years. Back in November 2020, he released a new FILTER video, "Murica", in which the main character was "a Trump-supporting, gun-loving, unmedicated, super-freak 'merican unhinged and at his wits' end," Patrick told Alternative Press at the time. "And he's trying to take control of something that is not out of control. And he's afraid. He's the super-afraid white male. The Trump-supporting nutbag that I hope I can reach.

"These guys that are so far right that they think CNN, NBC, ABC, MSNBC [and] BBC are all out to get our President Trump," he continued. "Like they're all in a conspiracy to be super-left-wing, crazy liars. I'm trying to make an attempt to show them what they look like. These are the guys that can only listen to Fox News and Breitbart and that type of news outlet. They believe every fucking thing that the Rush Limbaughs, the Alex Joneses [say] and listen to only the right wing, 'the truth, man.' They do their 'own research' and believe 9/11 was an inside job, President Obama wasn't a real citizen and the lunar landings were faked. Hillary Clinton personally went out and killed people in Benghazi and it's her fault, she's [a] criminal and 'lock her up.' It's those people that I'm portraying in the video.

Asked if he thought "Murica" was going to piss people off or it's going to be a rallying point, Patrick said: "I just wanted to show this surreal, crazy side of what America looks like. I literally am doing it just so the record shows that someone was willing to fuckin' say something about the right. Something about how crazy they are.

"A lot of my fans are from the right, and they're, like, 'Man, I like 'Hey Man, Nice Shot'. Why are you fucking talking about politics?' Because it has to be done. Someone has to say it. I'm not hearing a lot of hip-hop guys sayin' it. Country music represents the right. I'm not hearing anyone from the left say anything. Let the public record show that I tried something during this time period that at least maybe 100,000 fans are going to see on YouTube. At least I know that I said something, and I tried, and that's it."

A year ago, La Torre slammed COVID-19 science deniers and anti-maskers, telling Greece's "TV War": "Science is important. Skepticism is important. But in America, people, they don't believe what's happened over the last several years. People have gone from skepticism to just complete disbelief of anything and everything they hear or see. So you can have an epidemiologist that spent their life as an expert in this field, and then you have other people that just think it's B.S. — they don't believe it. So you have this weird thing where, as a matter of public safety, [some people say] 'You are infringing on my rights. This is America,' and that kind of mentality. And you say, 'Wait a minute. Your rights stop when you are in a public place, and now public health and safety is the concern.'

Asked if he thought things would change in the U.S. now that a new administration had moved into the White House, Todd said: "I think so. I mean, let's be honest: it's a very divided country; this country is very polarized. And you have to be careful. I mean, people have been mad at me: 'Oh, he's a liberal,' and blah blah blah, and, 'I don't wanna support the band he's in anymore,' or, 'I don't wanna buy his record because he's against Donald Trump,' for example, or whatever.

"Look, the facts are the facts," he continued. "And the world — you're in Europe; I've traveled all over — wasn't so favorable. And trying to work with our allies and get back into things that we can agree on that are bad for the environment. And civil rights. You don't ban countries because of their religion from flying into our country. So there are things that are just what I consider right and wrong. But I think that this administration will get things back to zero, in my opinion. But one of the things that I always think is important should be some type of socialized health care system.

"I don't think that Joe Biden is gonna quite go where I want it to go, but I think that it will start to give us some semblance of normalcy again, let things calm down without tweets every five seconds and all this divisiveness. I don't think it's good for any of us." 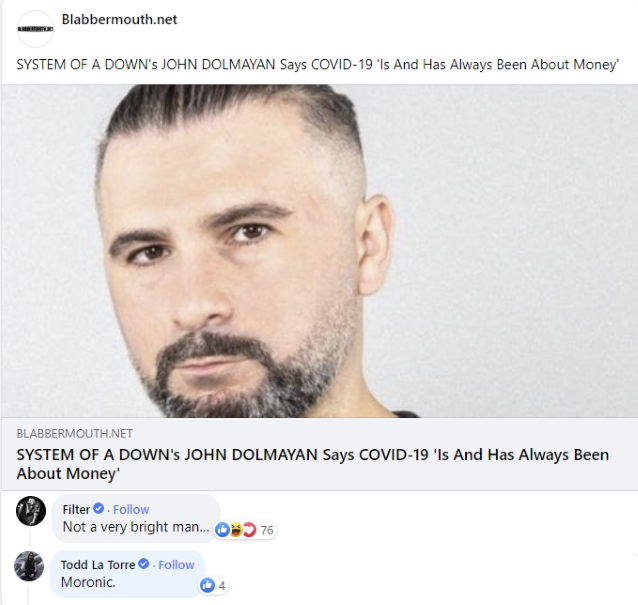 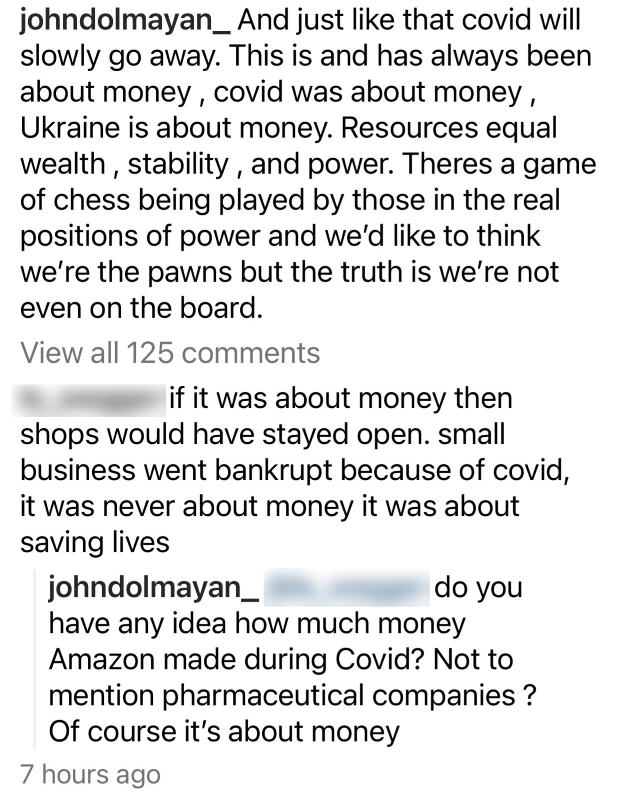