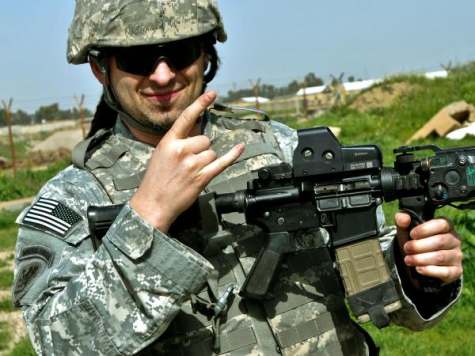 In the wake of the United States' recent rash of mass shootings, advocates seeking tougher gun-control laws insist an assault weapons ban is critical to addressing the issue.

But Bathory, like other opponents of the proposed ban, claim they need these weapons for self-defense and sporting purposes.

In a posting on his Facebook page earlier today (Friday, January 11),Zoltan wrote: "Let's talk about 'assault' rifles for a second.

"Anti-gun advocates in the media placing all the emphasis on the word 'ASSAULT' for a reason. It sounds menacing to those who don't know much about weapons, and this particular word also embodies the concepts of 'first strike' and 'aggression'... and the media just loooves that.

"The fact IS, however — a rifle is an inanimate object with no free will or intent on its own. It doesn't plan to assault anyone... So really, this is all just playing with words.... If I called my rifle a 'defensive rifle' — it wouldn't throw up the red flag — and in reality THAT'S WHAT IT IS. I have it for defensive measures so that's what it should be called. A 'defensive rifle.'

"The National Rifle Association and everyone in the favor of their constitutional rights should attempt to educate the masses about what those 'scary' misleading phrases actually mean. The non-gun-owning public imagine fire spewing fully automatic weapons. NO. Private citizens don't and can't have those. Even the phrase 'semi-automatic' can be easily misunderstood by the general public... It doesn't mean it's a 'little bit of blazing fire' — or 'sometimes automatic sometimes not. No — it's one bullet per one pressing on the trigger. Just like a musket... without you having to pour gunpowder in the barrel and drop a led ball in there — the semi auto gun does it all for you — but ONE at the time... So no raining fire blaze Rambo style... NONE of that happens... even though in a case of home invasion, some of you'd probably wish it did.

"Anyway... let's hold on to our rights to own DEFENSIVE RIFLES and DEFENSIVE PISTOLS."