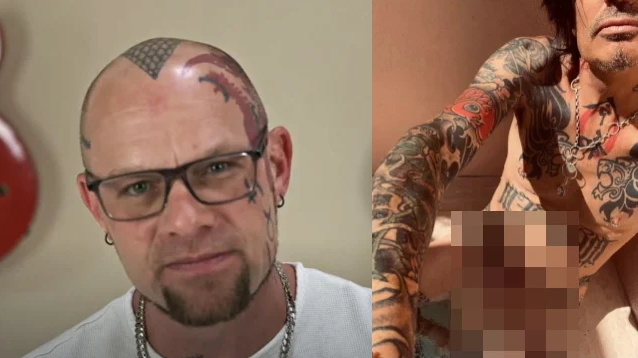 In a new interview with iHeartRadio Canada, FIVE FINGER DEATH PUNCH singer Ivan Moody was asked if he texted Tommy Lee after the MÖTLEY CRÜE drummer posted a nude photo on social media last week. Ivan responded: "No, I didn't, because in this day and age you kind of expect it from Tommy, as sad as that may or not be able to say. But the reality of it is it looks like the guy just got done rubbing one out. Nobody's that well hung. So good for you, Tommy."

After Lee shared the full-frontal selfie on July 11, with the caption "Ooooopppsss", Instagram and Facebook took it down within hours for violating nudity rules.