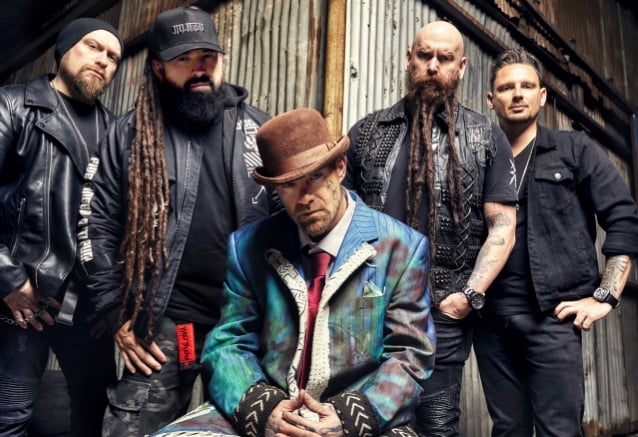 FIVE FINGER DEATH PUNCH has shared a snippet of another new song, "Welcome To The Circus". The track will appear on the band's upcoming album, "AfterLife", which will arrive later this year.

Earlier today, FIVE FINGER DEATH PUNCH shared what appears to be a preview of the "Welcome To The Circus" music video, and he captioned it: "We are just as impatient as you are ... so here is another sneak peek...

"'Welcome to the circus' from the upcoming album 'AFTERLIFE'.

"Can't wait to share this album with ya madafakas! IMO this one is our best one yet !"

Also last week, FIVE FINGER DEATH PUNCH announced a 2022 U.S. headlining tour presented by Live Nation. Kicking off in Portland, Oregon on August 19, the trek will span over 30 dates, closing out on October 15 in Salt Lake City, Utah. The band will be joined on tour by rock icons MEGADETH, with additional support from THE HU and FIRE FROM THE GODS, promising an intense multi-faceted night of heavy rock music. Tickets are on sale now at FiveFingerDeathPunch.com.