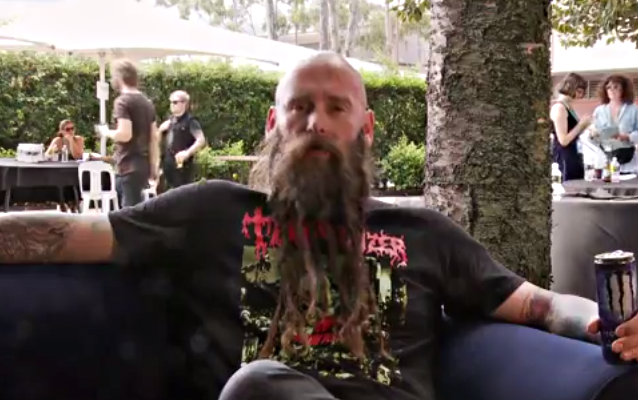 Moshcam conducted an interview with bassist Chris Kael of Las Vegas metallers FIVE FINGER DEATH PUNCH during this year's Soundwave festival in Australia. You can now watch the chat below.

The official video for FIVE FINGER DEATH PUNCH's surprising cover of the classic folk song "The House Of The Rising Sun" can be seen below. The song is the next single from the Las Vegas-based band's recently released album, "The Wrong Side Of Heaven And The Righteous Side Of Hell Volume 2". The disc came out on November 19, 2013 and is the second half of a two-record set, with "Volume 1" coming out in July 2013.

The gasoline-soaked cinematic video was filmed in the high deserts of Nevada, directed by FIVE FINGER DEATH PUNCH guitarist Zoltan Bathory in conjunction with Thought Pirates Films' Brian Neal, while Steve Darnell of the famous Welder Up Garage built the cars and handled the set design.

Zoltan explains: "This video was an experiment, the initial step toward something we always wanted to do, which is to make a full-length DEATH PUNCH movie somewhere down the line. We jumped into this knowing that we'd shoot more footage than we could possibly fit in one music video. We went out there with two helicopters, two gyrocopters, twenty-something crazy cars, a big cast and an arsenal of cameras. We ended up with so much amazing material, the hardest task was to compress it down into a three-minute video, so we made an extended version with a long intro and we are making an even longer 'director's cut' as we speak."

"The House Of The Rising Sun" video: 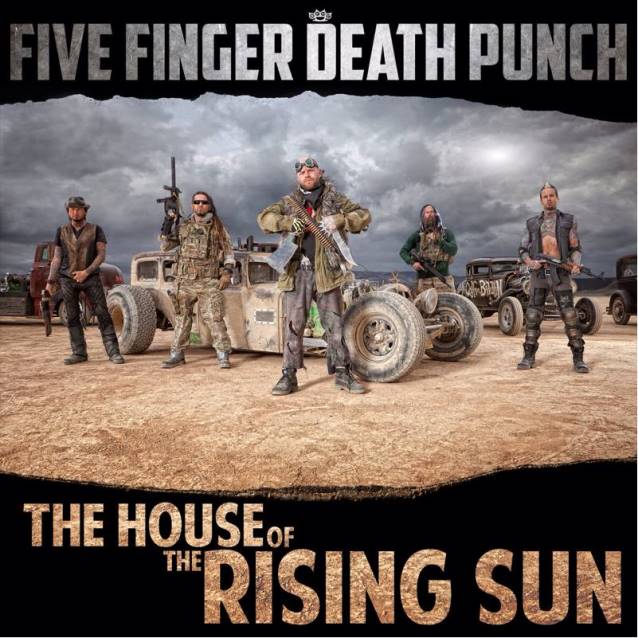