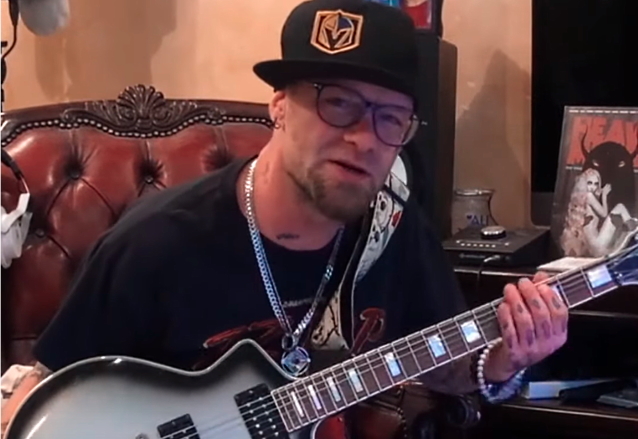 FIVE FINGER DEATH PUNCH has launched a new video series, "Guitar Zero: Legends Of The Fail", in which singer Ivan Moody embarks on a journey to learn to play guitar. In episode one, which can be seen below, Ivan checks in with HELLYEAH's Tom Maxwell and gets advice that maybe he should take up cooking instead of playing guitar.