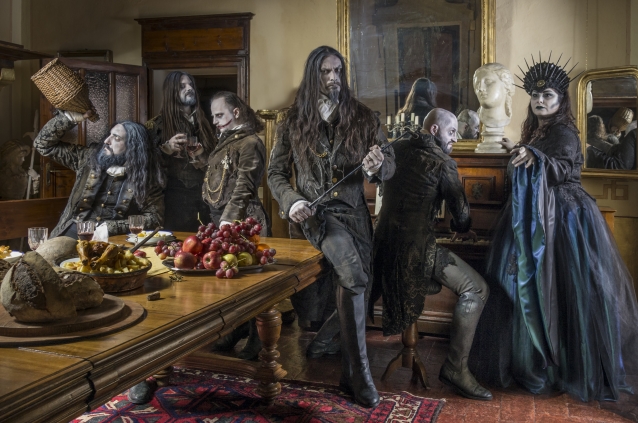 Italian orchestral-death giants FLESHGOD APOCALYPSE have released the official lyric video for their new single, "Carnivorous Lamb", from the band's forthcoming, album "Veleno", due on May 24 via Nuclear Blast Records.

Commenting on the new single, Francesco Paoli says: "How's the saying? Never judge a book by its cover? Well, that's the point of this song. We are constantly surrounded by fake people and opportunists, we can't stand it anymore. We can't stand the hypocrisy and unending lament of these a**holes. It's a strategy. Even the most adorable and inoffensive lamb can become the fiercest of the wolves when something menaces its interests. Lack of foresight and scarce maturity drive these people overwhelmingly; they will be left behind, tasting life for what it is, where their 'spoiled' certainties become the deepest doubts of existence and nobody will hear their call anymore."

Italian for "venom," "Veleno" marks FLESHGOD APOCALYPSE's first record in three years, since the release of the band's critically acclaimed record "King" (2016). The "metal part" of "Veleno" was recorded in Rome, Italy at Bloom Recording Studio and Kick Studio with long-standing collaborator Marco Mastrobuono, while the "orchestral part" — the ensembles — were tracked at Musica Teclas Studio in Perugia. FLESHGOD APOCALYPSE then took the effort over to Grammy-nominated Jacob Hansen (VOLBEAT, THE BLACK DAHLIA MURDER, EPICA) at Hansen Studios in Denmark for mixing and mastering. The entire production of "Veleno" took, according to Paoli, about three months. Artwork for the album was created by Travis Smith (AVENGED SEVENFOLD, OPETH, KATATONIA).

Paoli on "Veleno": "What you see is the harvest of three years of sweat, revolutions, intense emotions and extreme challenges. We proved ourselves to be stronger than ever, despising compromises, setting the bar higher no matter what. The album is massive to say the least. Every song is a unique piece, literally alive and breathing. Can't wait for you guys to hear the rest..." 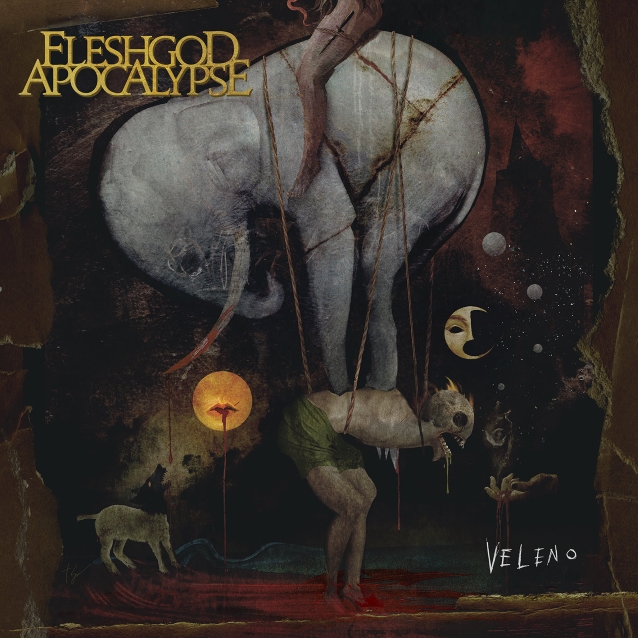