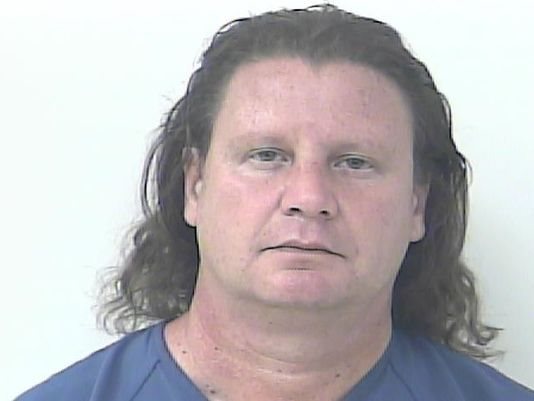 According to The Pulse Of Radio, a Florida man was arrested for allegedly attempting to impersonate NICKELBACK drummer Daniel Adair while purchasing $25,000 in musical equipment. As first reported by TCPalm, 45-year-old Lee Harvey Koenig, who, according to his Facebook page, performs under the comical name Mr. Wooky, apparently realized that he had a similar drum setup as Adair, and used that information to impersonate the drummer. He ordered $25,000 in microphones and drum parts from a manufacturer in Vienna, Austria, and had them delivered to a Florida address.

Police were notified on January 19 that something was amiss. The company then contacted a representative for Adair, who confirmed that he had not ordered the gear.

Koenig, whose Facebook profile claims he is a studio and touring musician who works for Sony Music, was arrested on Tuesday (February 28) in Port St. Lucie, Florida and released on $18,750 bond. This is also not the first time he has been arrested for fraud.

In addition to the latest allegations, Koenig was sentenced to three years in prison in 2009 for fraudulently collecting $78,000 in 2007.

NICKELBACK recently announced that its new single and album are both called "Feed The Machine", with the band heading out on a lengthy North American tour this summer to support them.

The trek kicks off on June 23 in Noblesville, Indiana and hits 44 cities before winding down on October 1 in Vancouver.