FLOTSAM AND JETSAM's previously announced concert in San Francisco has been canceled due to the "unvaccinated" status of some of the bandmembers.

The Arizona metal veterans' concert on August 25 at the DNA Lounge was scrapped by the venue after the San Francisco mayor announced that the city will be requiring both proof of full vaccination and masks in bars, restaurants, and all indoor settings.

In a post on the DNA Lounge web site, the venue wrote: "We are sorry to report that the FLOTSAM AND JETSAM are unvaccinated, and so we were forced to cancel this show.

"Get vaccinated! Especially if you are on tour!"

FLOTSAM AND JETSAM kicked off its U.S. tour on August 17 in Albuquerque, New Mexico.

The band is promoting its latest album, "Blood In The Water", which came out in June.

"Blood In The Water" was once again mixed and mastered by Jacob Hansen (U.D.O., VOLBEAT, AMARANTHE, POWERWOLF).

Formed 35 years ago, FLOTSAM AND JETSAM, released its landmark debut, "Doomsday For The Deceiver", the only album to ever receive a 6K rating from the influential British magazine Kerrang! Bassist Jason Newsted left to join METALLICA after their bassist Cliff Burton was killed in a tour-bus crash in Sweden in September 1986.

In a recent interview with Arizona Central, FLOTSAM AND JETSAM singer Eric "A.K." Knutson said: "We're very hungry for it. We feel like it's our turn to get to that next level like TESTAMENT or DEATH ANGEL or any of those other bands that have been around as long as we have. They all made it to that next level. And they deserve it. They worked their butts off for it. But we never quite got to that point."

Knutson went on to say that METALLICA put the work in, too. "But they also got super lucky and were in the right place at the right time doing the right kind of songs," he said. 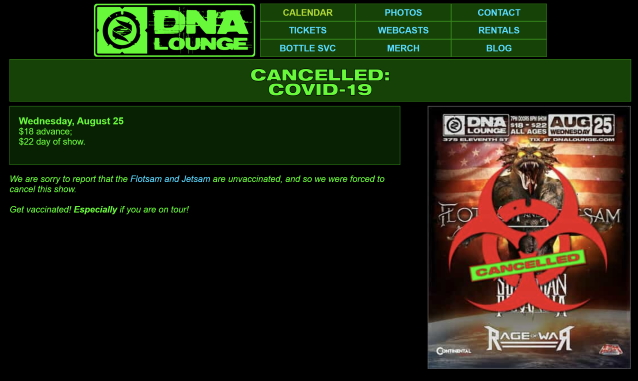