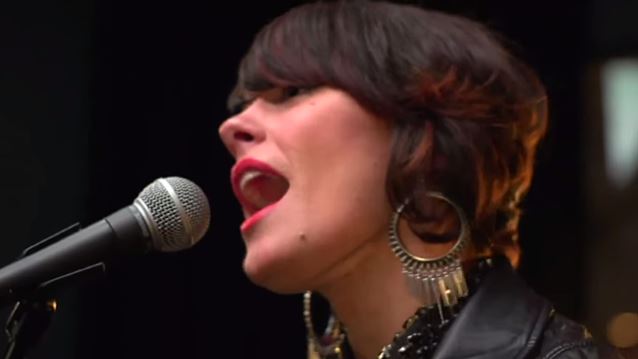 FLYLEAF's KRISTEN MAY On Making Of 'Between The Stars': 'It Was Just A Big Collaboration'

Greg Prato of Songfacts recently conducted an interview with FLYLEAF singer Kristen May. A couple of excerpts from the chat follow below.

Songfacts: How did you first cross paths with FLYLEAF and how did you join the band?

Kristen May: Well, I was in a band called VEDERA for about seven years. Around the time when we broke up was when Lacey had left FLYLEAF, so my booking agent was talking to FLYLEAF's manager and let them know when they were looking for new singers that VEDERA had broken up, my previous band. So they were interested in trying out some different people; I think they tried out a couple and hadn't found the right fit. So they just called and said, "Hey, wanna jam four or five songs with us?" So I did. I went to Austin, Texas — well, about 45 minutes outside of Austin — where they live, and just basically rehearsed with them and it really felt natural. I was kind of nervous at first, not knowing what it would be like to play with these new guys that I had never met before, but it was actually really great. Everything just kind of snowballed from there. At first it was supposed to be just some radio shows and then it just kind of grew. They asked me to be their singer, so I said yes.

Songfacts: Let's discuss the new album, "Between The Stars".

Kristen: "Between The Stars", I'm super happy with how it turned out. It's my first full-length album with FLYLEAF and the first time that I really got to collaborate on music with them. It was just a great time of songwriting for me. I really needed a new project to get me going, and it's great, because we all bring in ideas, especially me, Sameer [Bhattacharya], and Pat [Seals]. We collaborate on a lot of those ideas. Sometimes I'll have a song finished already, but they'll kind of bring a new spin to it, if it's a rock riff that Jared [Hartmann] has to put under it. Or Sameer will come in with a little bit of a song and Pat will finish it off, and then I'll work on the lyrics for it. Every song really has its own story on this album, and I think that's what makes it so special. I think it really takes you on a journey from start to finish. And every song becomes a new chapter of something we were experiencing in our lives. So I'm really happy with it.

Songfacts: How would you say that the songwriting works primarily in the band?

Kristen: Every song had its own story. We did about five different songwriting sessions, and at first I wasn't sure how these guys write or if I should bring in my ideas or kind of see their vibe of how they write. So the first songwriting session I showed one of my songs and we worked it out a little bit. But then we focused mostly on just starting from scratch. So anybody that had an idea or a riff in that moment, that kind of snowballed and became a song. And then about the third songwriting session is when I had written part of "Set Me On Fire". Then I had this song title called "Magnetic", and wrote a song called "Head Under Water". We just all kind of add little parts on top of it. We want to make sure everyone's spoken for and everyone loves what they create. So it was just a big collaboration. 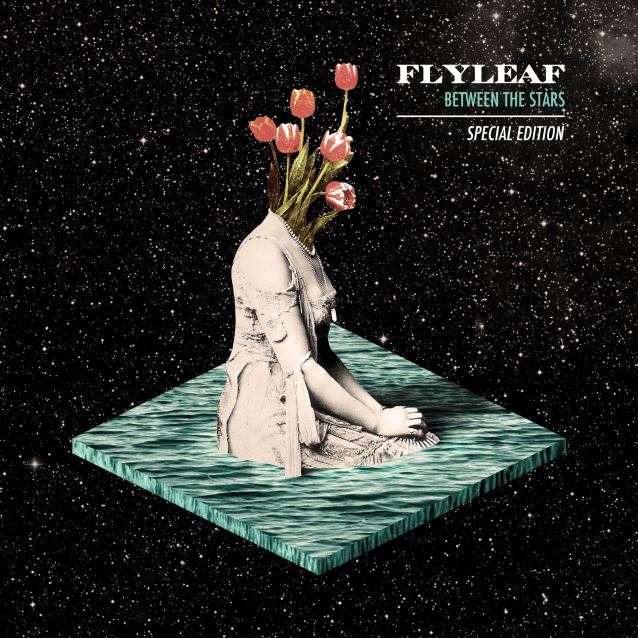