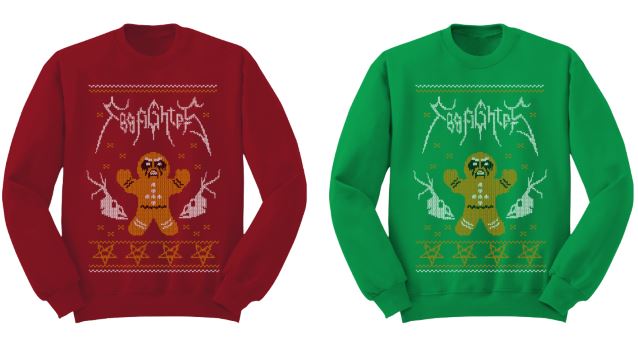 FOO FIGHTERS are offering their own contribution to this year's "ugly Christmas sweater," a ubiquitous feature of the holiday season which began to sprout up in the last several decades.

To purchase your own FOO FIGHTERS "ugly Christmas sweater," you can pick it up for $30 at the band's webshop.