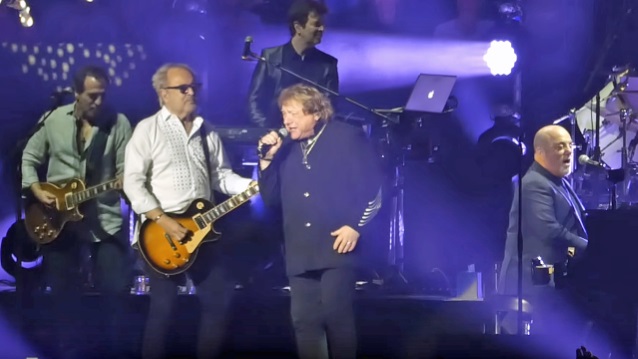 FOREIGNER legends Mick Jones and Lou Gramm joined Billy Joel on stage Thursday night (January 11) at Madison Square Garden in New York City to perform two of their band's biggest hits, "Urgent" and "Cold As Ice". The reunion took place during the 48th show of Billy's monthly residency at the iconic venue and his 94th overall at the Garden.

Joel brought Jones and Gramm out on stage after pointing out that Mick produced his 1989 studio album "Storm Front" and discussing Jones's role in all of FOREIGNER's classic songs.

Joel previously inducted the FOREIGNER pair into the Songwriters Hall Of Fame in 2013.