Nashville trio HOWLING GIANT, which features in its ranks bassist/vocalist Sebastian Baltes, son of former ACCEPT bassist Peter Baltes, has teamed up with Peter and fellow former ACCEPT member Udo Dirkschneider (vocals) to record a particularly heavy cover version of AC/DC's "Shoot To Thrill", to be included on the upcoming Magnetic Eye Records "Redux" series installment "Back In Black (Redux)".

Sebastian Baltes comments: "I've loved 'Shoot To Thrill' and AC/DC since the first time I have heard this track at the age of eight. This great classic very much embodies the sound of the Australian giants. Being able to arrange our own version while working with my father and Udo has been a wonderful opportunity that brought things full circle."

Peter Baltes adds: "AC/DC has been the soundtrack to my life. A few years back, we [ACCEPT] were opening for two giant AC/DC shows in Germany, which, to me, was one of the greatest experiences ever."

HOWLING GIANT is an up-and-coming U.S. psych-metal band from Nashville, Tennessee. Founded in 2014, the trio has released four EPs and a debut full-length, "The Space Between Worlds" (2019). The band is hard at work on its next album for Magnetic Eye Records.

Due on December 3, "Back In Black (Redux)" will feature the following tracks:

01. Hells Bells - RED FANG
02. Shoot To Thrill - HOWLING GIANT feat. Udo Dirkschneider & Peter Baltes
03. What Do You Do For Money Honey - SUPERSUCKERS
04. Givin The Dog A Bone - SMOKING LIGHTNING
05. Let Me Put My Love Into You - HEAVY TEMPLE feat. Valient Himself
06. Back In Black - BESVÄRJELSEN
07. You Shook Me All Night Long - JAKETHEHAWK feat. Patrick Waters
08. Have A Drink On Me - WHORES feat. Bill Kelliher
09. Shake A Leg - EARLY MAN
10. Rock And Roll Ain't Noise Pollution – EARTHRIDE

"Back in Black (Redux)" presents new takes on all ten cuts from AC/DC's seminal seventh album. This was the first record to feature "new" singer Brian Johnson following the death of original larger-than-life frontman Bon Scott, and music historians agree that there was massive pressure on both the new singer and the band to deliver. Even so, nobody could have anticipated that they'd create one of the most important rock albums ever, and Magnetic Eye cannot wait to present what many favorites from the stoner, doom, and riff-rock scene have done with some of the most iconic rock songs of all time.

Alongside "Back In Black (Redux)", Magnetic Eye Records will publish a by-now-traditional companion album containing even more amazing cover versions under the title "Best Of AC/DC". This 2-LP extravaganza features 13 bands offering their exciting renditions of all-time classics and deep cuts from across the AC/DC catalog. Fielding an array of heavyweights and hungry up-and-comers from the heavy rock underground, there should be no doubt that fans of the riff-heavy will be stoked to experience these massive AC/DC interpretations unlike any that they've heard before.

The Magnetic Eye "Redux" series features hand-picked classic albums from across the history of rock and metal, re-imagined in their entirety from start to finish by bands we love. Choice artists from throughout the rock and metal world are tasked to select a track to make their own, translating a milestone record into the new millennium with crushing heaviness and searing energy. To date, Magnetic Eye Records has published "Redux" versions of PINK FLYOD's "The Wall", HELMET's "Meantime", BLACK SABBATH's "Vol. 4", Jimi Hendrix's "Electric Ladyland" and ALICE IN CHAINS' "Dirt". 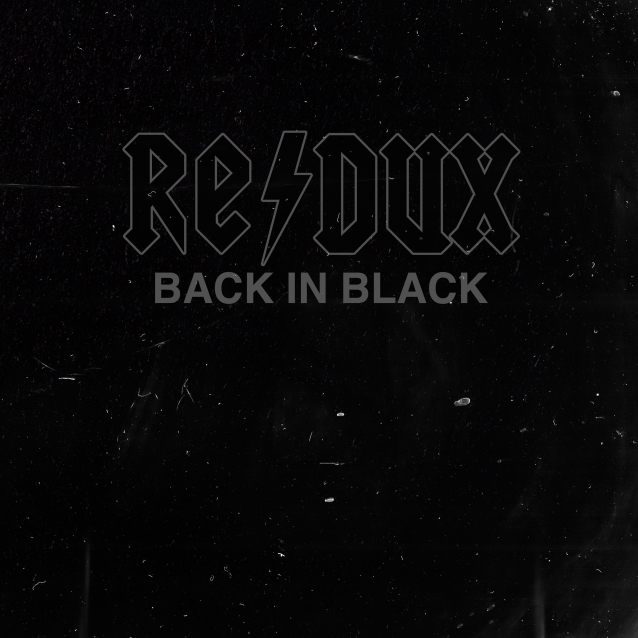