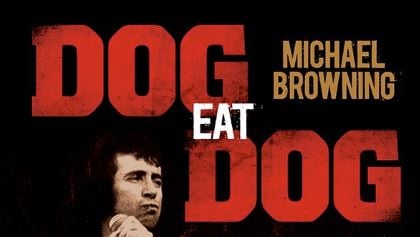 ABC Radio National "Breakfast" host Fran Kelly spoke to former AC/DC manager Michael Browning about Michael's new book, "Dog Eat Dog: A Story Of Survival, Struggle And Triumph By The Man Who Put AC/DC On The World Stage". You can now listen to the chat using the audio player below.

Browning was running Melbourne's Hard Rock Cafe when he first encountered a struggling AC/DC in 1974. When he and the band parted ways five years later, they were on the brink of global domination.

Speaking about getting fired by AC/DC just before the death of the band's lead singer, Bon Scott, Browning said: "That was just pretty much the nature of the beast. [The AC/DC brothers Angus and Malcolm are] Scottish, and there was somewhat of a clan mentality there, and their ambition was to become the biggest rock band in the world, and nothing was gonna get in their way, and anyone that sort of outlived their use-by date was just buzzed off. And that's how it was, and probably that's how it should be if you wanna achieve that level of success."

Asked if he still harbors any resentment towards the Young brothers over his sacking, Browning said: "Not at all. It was a very stressful gig in the end. I mean, they were very demanding, and I think I was smoking about two packets of cigerettes a day, and every time the phone would ring, I'd light up. And I quite believe that I wouldn't be here today if it hadn't turned out that way."

"Dog Eat Dog: A Story Of Survival, Struggle And Triumph By The Man Who Put AC/DC On The World Stage" was released on September 26 through Allen & Unwin.

The official book description: "Bon turned up with two bottles of bourbon, some dope and some speed. When Angus saw this stash, he said to Malcolm, 'If this guy can walk, let alone sing, it's going to be something.'

"Michael Browning first spotted AC/DC in September 1974. They were raw and rough, and much of the crowd, Michael included, was bewildered by the flashy guitarist dressed as a school kid. But Michael knew they had something — a blistering sound, killer songs and a wildly charismatic stage presence. Within a week he'd signed them to a management contract and duly embarked on a shared journey that within five years would take them to international prominence.

"A young street kid with an uncanny ear for music, Michael had kicked off his career in the swinging clubs that made Melbourne the most happening place in Australia in the '60s. He'd also been at the forefront of 'pub rock' in the early '70s, booking acts like THE LOVED ONES and MAX MERRITT & THE METEORS, and managing the massive band, BILLY THORPE & THE AZTECS.

"And then AC/DC swept all before them. Here is the only insider account of those amazing years by the man who helped guide AC/DC to the top.

"In the '80s Michael did it again, signing an up-and-coming band called INXS to his label Deluxe Records and setting them on the course to superstardom.

"'Dog Eat Dog' is the story of one of the true believers of the Australian music industry, the man who helped the country's two biggest bands achieve world domination... and lived to tell the tale." 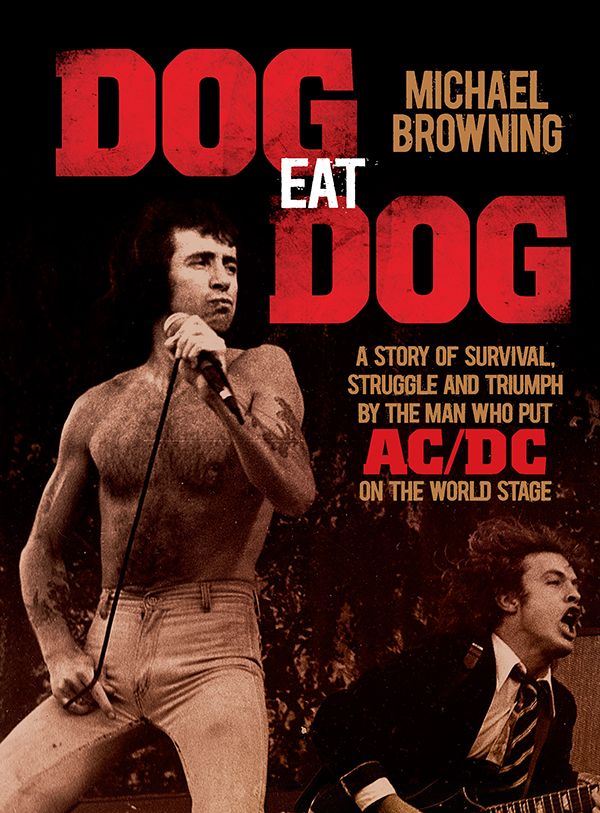