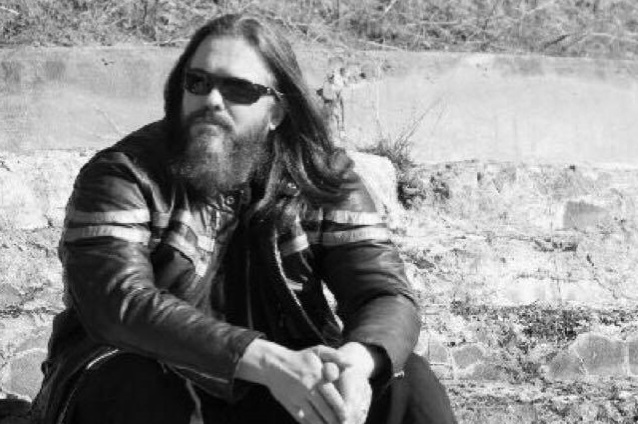 Former ANTHRAX singer Dan Nelson says that he has no regrets about the way his time with the band ended, explaining that everything that's happened to him led him to where he is now.

Nelson discussed his time with ANTHRAX during an appearance Wednesday (February 28) on "The Jim Chinnici Show" where he was joined by his bandmates in the brand-new project called WOLFPACK BLACK.

Asked how he came to join ANTHRAX, Nelson said (see video below): "Rob Caggiano, who's now in VOLBEAT, was supposed to produce a band I was in called UNBROKEN for Columbia Records. And he had a bunch of my tracks. And he always thought that I had a similar tone in a lot of the stuff to John Bush [former ANTHRAX vocalist] and James Hetfield [METALLICA frontman]. And when they needed a singer, I guess he had me in the back of his mind. But he was doing a side project and he had me come in to sing over a bunch of tracks he had written with some people he was playing with. He had me in the vocal booth for eight hours straight, just doing everything and anything that you can think of. And at the end of it, he's, like, 'Hey, man, come into the console room.' And I came in, and he's, like, 'You sound great, man. I love your voice. But it's not gonna work out.' And I'm, like, 'Okay, man. No problem.' He's, like, 'I just got off the phone with Charlie, and they wanna fly you out.' And I'm, like, 'Charlie who?' He's, like, 'Benante.' I'm, like, 'ANTHRAX?' He's, like, 'Yeah.' I'm, like, 'Oh, okay.' I'm, like, 'Doesn't John Bush sing for the band?' He's, like, 'No, John's not doing it anymore. You wanna go try out?' I'm, like, 'Yeah, sure.' So I flew out to Chicago. I actually tried out for them on… I was singing and playing guitar in my audition for a lot of it. So, yeah, I tried out and I was in the band."

Asked why it took ANTHRAX so long to officially announce him as the group's new singer, Nelson said: "Well, they had me in the band and I was working on 'Worship Music' that whole time with them. They were kind of trying to get Corey Taylor to sing on it, and he wasn't able to do it. And they were still trying to do it, which I understood. They said, 'We're gonna try to get this guy from SLIPKNOT and STONE SOUR.' I understood that it would be a huge thing for the whole metal world if he sang on it. But [SLIPKNOT's] record label wouldn't [let Corey] do it, so they kind of said to me, 'Do you want the job?' And I said, 'Yeah.' But we weren't gonna be ANTHRAX. Corey was [initially] gonna do the ANTHRAX record. We were gonna do [a separate] record as a new band. Like I said, I was playing guitar in my audition. When I first made it, I was playing bass in the band and singing. And every time we jammed, we would do stuff from [ANTHRAX's classic albums] 'Among The Living' or 'Sound Of White Noise'. And finally, I remember them looking at each other and going, 'Why don't we just call it ANTHRAX? We'll just be ANTHRAX. You can do John and Joey stuff.' And I was, like, 'Wow! Cool.' And they were, like, 'You wanna do ANTHRAX instead? And we'll get a bass player.' And I said, 'What about the bass player you've got?' And they were, like, 'We'll talk about that.' And then one thing led to the next, and it became ANTHRAX with me singing and Rob back on guitar."

Dan told "The Jim Chinnici Show" that he isn't disappointed by the fact that his stint with ANTHRAX didn't last longer. "Hey, listen, I look at it like this: everything that's happened to me, good or bad, led me to where I am now," he explained. "I've got these guys" — referring to his bandmates in WOLFPACK BLACK — "which is the best thing that could have happened to me musically and friendship-wise. I've got the best little boy in the world as a son — my son Benjamin — and you couldn't ask for a more killer wife than my wife. So everything is all good."

Nelson is also involved with YEAR OF THE TYRANT, in which he is joined by bassist Jason Viebrooks (GRIP INC., HEATHEN),guitarist Vinnie LaBella (EXHORDER) and drummer Sasha Horn (FORBIDDEN, HEATHEN).

Posted by The JIM Chinnici SHOW on Wednesday, February 28, 2018 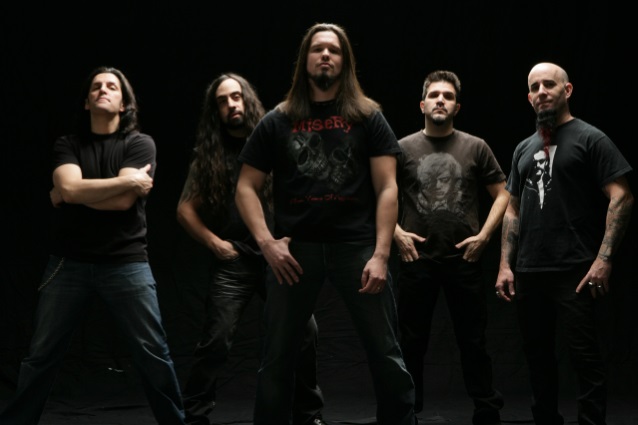