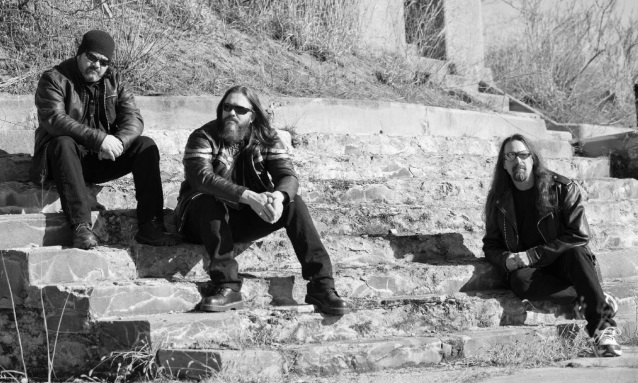 Video footage of WOLFPACK BLACK, the new band featuring former ANTHRAX singer Dan Nelson, performing the song "Low" on April 21 at the United Ink No Limits Tattoo Expo in New York City can be seen below.

Joining Nelson in WOLFPACK BLACK's current lineup are bassist Pat Foote (STEEL REIGN) and drummer Dan Mintzer (PULL, BREAKAGE RISING). The group's sound is described as "metal through and through" with songs that are "both brutal and catchy."

Dan told "The Jim Chinnici Show" that he isn't disappointed by the fact that his stint with ANTHRAX didn't last longer. "Hey, listen, I look at it like this: everything that's happened to me, good or bad, led me to where I am now," he explained. "I've got these guys" — referring to his bandmates in WOLFPACK BLACK — "which is the best thing that could have happened to me musically and friendship-wise. I've got the best little boy in the world as a son — my son Benjamin — and you couldn't ask for a more killer wife than my wife. So everything is all good."