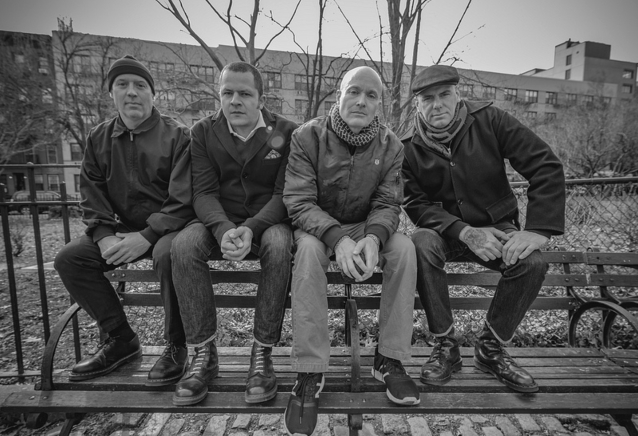 Shepler, a drummer of legend, is back on the scene after a long hiatus, in which time he's gained a family and a degree. He never rejoined AGNOSTIC FRONT after their initial breakup in '93 due to increasing obligations with his other legendary hardcore band MADBALL. After MADBALL, Shepler's focus fell on his family, respectively, playing in smaller circumstantial acts, and still somehow finding time to go to shows. He says now, however, that he's ready to let music retake a more prominent role in life. Will called longtime friend, guitarist/vocalist Scott Roberts who had just left BIOHAZARD only weeks before. It was perfect timing for Scott as he wanted to move on and create something new from the ground up with complete creative freedom and passion. Soon after, Scott and Will began working on what would become THE TAKE's self-titled debut record.

"The Elitist" was directed by Drew Stone in collaboration with Jeff Pliskin of Raised Fist Propaganda. Stone is known for the documentary "The New York Hardcore Chronicles Film" as well as producing videos for BIOHAZARD, KING'S X, MACHINE HEAD and TYPE O NEGATIVE and currently has a documentary on Netflix, "Who The Fuck Is That Guy? The Fabulous Journey Of Michael Alago". Stone says: "At this stage of the game, I rarely do music videos anymore unless I really love the band and especially the song. This was one of those rare cases that enticed me out of 'music video retirement.'"

THE TAKE's self-titled album will arrive in June on Demons Run Amok Entertainment. Of the disc, Shepler says: "The influences are from everything we grew up listening to and were a part of: oi!, punk, hardcore, rock'n'roll — that is our roots. It's in our soul. It's in our DNA! We are not trying to copy something, we are just playing what is within us already and trying to give it a new voice, a fresh sound."