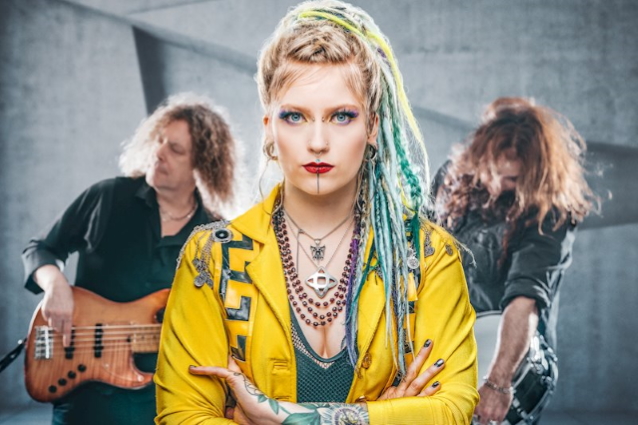 Former BURNING WITCHES vocalist Seraina Telli has released a new single from her DEAD VENUS project. According to a press release, "The song 'Flowers & Pain' tells the story of a girl who decides to make a change in her life and to evolve. Unfortunately, she has to realize someone very close to her doesn't think so and wants her to stay where she's been. Even if that means she stays unhappy. So she decided to leave and to walk her own way.

"Real friends and beloved ones don't try to keep you on the ground — they are the wind beneath your wings when you want to fly!"

Telli left BURNING WITCHES in June 2019 and was replaced by Laura Guldemond, vocalist of the Dutch symphonic metal band SHADOWRISE.

Seraina said that she exited BURNING WITCHES "for personal reasons" and vowed to "fully dedicate" herself to DEAD VENUS.

"For the last four years, I have had an incredible journey but I feel now that is the time to explore the challenge my own project is offering me," she explained in a statement.