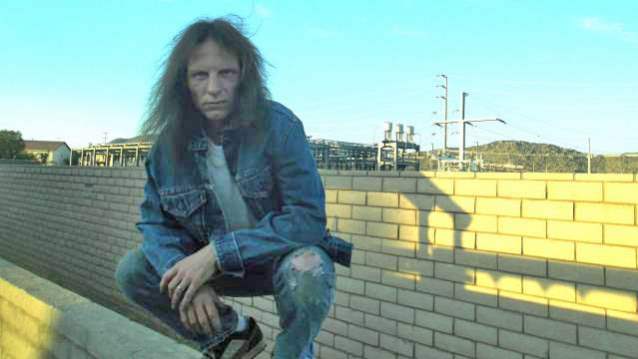 Former DARK ANGEL frontman Don Doty says that he has been given a "clean bill of health" after a brief battle with cancer.

The singer, who made a return to the metal scene last year with a new band called ELIMINATE, says that his colon cancer was caught in the early stages of the disease and that he has already received treatment for it. "I went in last week and they were able to remove the cancer," he wrote on his Facebook page. "They gave me a clean bill of health for the next two years. At that point, I will need to be checked again."

He continued: "Recovery is not bad; I am able to do most everything as I usually do. Good news is it has settled me down enough to finish the songs I have been working on for some time; 'Time Has No Measure' [and] 'Pounding From The Grave' are a couple of them."

ELIMINATE will embark on a short West Coast tour in August. Joining Doty in the band are guitarists Scott Owen (HIRAX, SUBVERSION) and Henry Elizondo (DEVASTATION),bassist John Signorelli (SUBVERSION) and drummer Joe Cangelosi (WHIPLASH, KREATOR, MASSACRE). The group will perform material from the first two DARK ANGEL albums, "We Have Arrived" and "Darkness Descends", along with some surprises and new originals.