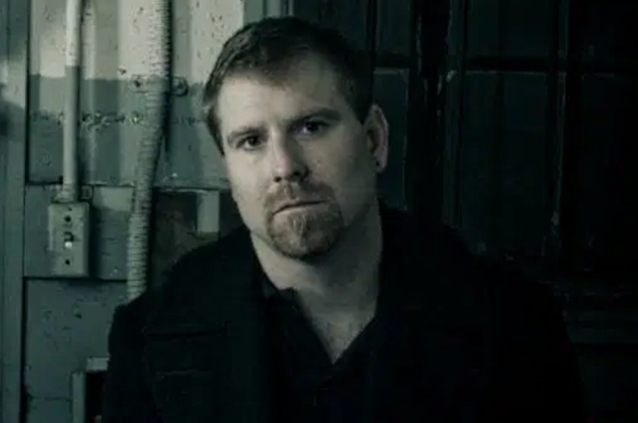 Sean Reinert, longtime drummer for progressive/technical metal pioneers CYNIC, has died. He was found unresponsive at his California home Friday night (January 24). No cause of death has yet been revealed. He was only 48 years old.

1993 saw the release of CYNIC's debut album, "Focus", which is regarded as a landmark LP in the field of technical/progressive metal. After CYNIC's initial split, Reinert and Masvidal relocated to Los Angeles, where they continued working with music by writing and performing for television shows and motion pictures.

In 1999, Reinert helped Masvidal form ÆON SPOKE, which was described as an "ethereal rock" band. In 2007, CYNIC reformed for a tour and recorded a new album, "Traced In Air", which was released in 2008 and followed by more touring. After "Traced In Air", CYNIC issued two conceptual EPs, "Re-Traced" (2010) and "Carbon-Based Anatomy" (2011). Sean's final recorded appearance with CYNIC was "Kindly Bent To Free Us", which came out in February 2014 via Season Of Mist.

Reinert played his last shows with CYNIC in September 2015 in Japan. He later said that the "performances were not up to par" and blamed the band's lack of preparation on "the accumulation of differences in musical directions and business practices."

After his exit from CYNIC, Sean was involved with the Los Angeles progressive rock group PERFECT BEINGS, whose latest album, "Vier", was released in January 2018 via InsideOut Music.

I am truly without words at the death of my friend and colleague Sean Reinert. I just got off the phone with Sean's...

RIP to an absolute monster and genius on the drums. I’m speechless and have no details.

RIP Sean Reinert, my friend for 30 + years and one of the best drummers on the planet. Someone make it stop.....I cant believe this.....

Absolutely gutted. My favorite metal drummer of all time has passed within a month of the greatest rock drummer ever. My...

Sean is the reason I play death metal. I can't.
RIP best dude ever.

‪So sad to hear of a good friends passing. Sean Reinert was not only a legendary drummer but a beautiful human being....

RIP Sean Reinert... One of my favorite metal drummer. Always smiley, gentle, precious... Pioneer in many ways, in his...

Sean was amazing in every way, such a great person. R.I.P. brother!

Sean Landon Reinert rest in peace brother. We will always miss you. You are always part of the Aghora Family.

Legendary Death/Cynic Drummer and Dear Friend Sean Reinert Passes Away At Only 48...

OMG I just heard of the passing of one of my favorite drummers and a MASSIVE influence on my drumming, Sean Reinert. Sean’s performance on the Death “Human” album is possibly the greatest metal drumming performance EVER. RIP Sean! https://t.co/UMBhHRcRjB

We send our condolences to the family and friends of Sean Reinert, one of the biggest game changers and best musicians in the metal universe.

Sad news... First met Sean and saw #CYNIC play in Florida 1990, they only had a demo out and it was a more pure Death Metal sound and not as progressive as they later became. The musicianship was already there though..totally next level. A year or so later we (CARCASS) shared a bus with the “Human” lineup of DEATH (featuring Sean & Paul from CYNIC) in Europe and we had some great times again. A killer groundbreaking drummer back then and nice dude. R.I.P. Sean Reinert. #seanreinert #cynic #death #floridadeathmetal #drummer #rip

Damn! RIP Sean Reinert. A true innovator, way ahead of his time.

There is death metal BEFORE Sean and there there's EVERYTHING after HUMAN. We all know his contributions to drumming in...

I cant believe it's true. Sean was an amazing drummer and an amazing person. I've lost a friend and a music partner.🖤🖤🖤goodbye "tadada" (thats how called each other, to the sound of Death's "Secret Face") #seanreinert

We're shocked and saddened to learn of the passing of former Cynic drummer Sean Reinert.

Sean was a mega-talent, a true giant in whose shadow many walk, and his prodigious skills, warmth, and wit will be sorely missed.

So sad to hear the news about Sean Reinert. He was such a huge inspiration to me and was a truly phenomenal drummer. Rest In Peace 🤘 pic.twitter.com/trGBEyoT1n

I’ll never forget seeing Cynic in 1994 in Des Moines IA on tour with Cannibal Corpse & Sinister, Joey Jordison and I were standing behind Sean Reinert’s drum kit for their whole set, with our jaws on the floor. Such a groundbreaking drummer. RIP Sean Reinert @DeathOfficial