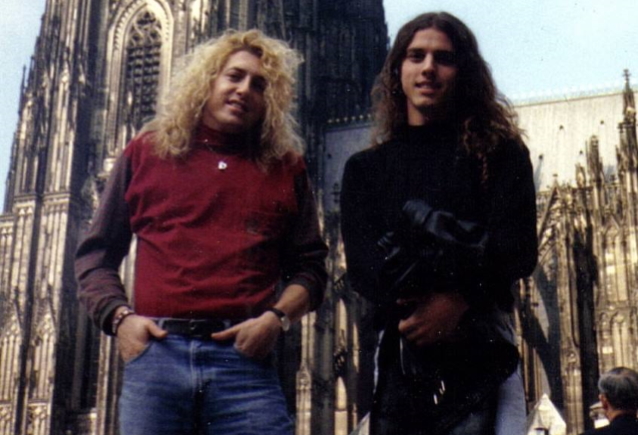 Greif was reportedly an insulin-dependent diabetic for much of his life, which was briefly cured by a pancreas transplant, but it failed a few months later and health continued to be a struggle for him.

In recent months, Greif was desperately searching for a kidney donor but was unable to find one.

Eric met Chuck at the Milwaukee Metalfest in summer 1987 but didn't start managing DEATH until a bit later. "In '88, Chuck and I began speaking directly about management as we got along immediately like brothers," Greif told the Empty Words web site in 2002. "He was looking for a manager who would go beyond the standard business role and instead fight alongside him in the trenches. Chuck fed off what we called 'channeled brutality', and he liked the way I raged on his behalf."

For more than a decade, Eric had worked with Relapse Records to make DEATH's storied catalog available as part of a meticulous reissue campaign.

Seven years ago, Greif discussed his efforts to preserve Schuldiner's legacy in an interview with Metal Underground. He stated at the time: "The partnership with Relapse was something that the Schuldiner family and I felt good about from day one, and the last five years have only proved that our instincts about them were correct. They are a fantastic bunch of dedicated people, and without each of them, these reissues could have turned into cranked-out schlock. I owe them everything. Plus I'm a little fanatical about my work, especially when I hold it so close to my heart as I do Chuck's music, and the Relapse people have been able to deal with me. I feel that we're totally united in what we’ve tried to achieve, and we've done it.

"When I travel on the road with DEATH TO ALL, which is the tribute band made up of former DEATH players that we use to publicize Chuck's music, I meet so many young fans whose introduction to DEATH has been through the reissues," he continued. "For them, it is all alive, new and exciting, and the reissues have done that. In many ways, DEATH is as happening and vital as it was back in the day, and that's been the goal.

"I've said many times that I want DEATH to be as iconic and groundbreaking a brand as METALLICA or SLAYER, and when I travel the world meeting the cool fans of DEATH, I believe it has been achieved. Chuck would think it is fucking awesome."

The world has lost an absolute warrior and proponent for metal and music in general. Eric was first introduced into my...