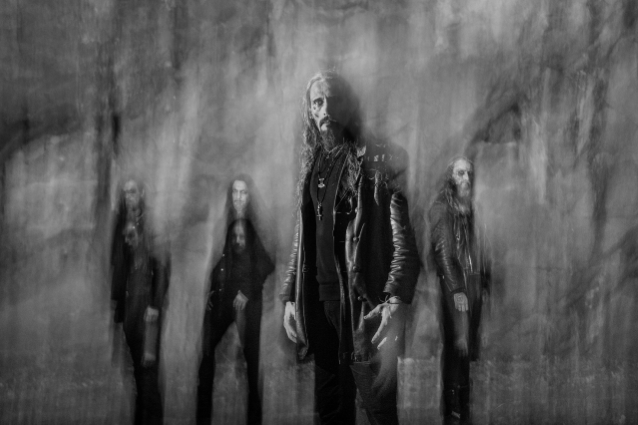 Metal Wani's Anne Catherine Swallow conducted an interview with former GORGOROTH frontman Gaahl (real name: Kristian Eivind Espedal) prior to his new band GAAHLS WYRD's show at Café Central in Weinheim, Germany as the support act for TRIBULATION. You can listen to the entire chat below. A few excerpts follow (transcribed by BLABBERMOUTH.NET).

On whether it's difficult for him to work with other musicians:

Gaahl: "I think that's one of the reasons why I end up working with usually just one other member. I am not good at revealing the complete ideas to my co-workers. I kind of evolve without them interfering in the last structures."

On whether he's in a "different world" while onstage:

Gaahl: "I think that's my state, always. I am in my bubble, but I'm present as well. I have one foot in both realms. [Laughs]"

On whether he gets upset when people misinterpret his lyrics:

Gaahl: "I remember there was a Danish photographer. It was two artists who was releasing a book. He asked if it was okay to have two lyrics: [GORGOROTH's] 'Carving A Giant' and 'Sign Of An Open Eye'. He sent me the script of the book. That's the first time I've seen how extremely wrong you can interpret something. I gave him words, so he has printed them and also I think we wrote down [GOD SEED's] 'Prosperity And Beauty' on this '[Live At] Wacken' DVD release thing. I think that's better. It was basically just reading or telling the lyrics to King [Ov Hell] and he sat there and typed it down. There's a couple of options. But, I want people to pay attention rather than to get everything and be fed with a spoon. For me, it's self-awareness and it's probably frustrating writing for other ones, but I don't want people to have an easy path. If you want to get to the top of the mountain, you have to walk the mountain. Don't take a chopper on top of it. It's not an experience. You need to go. All the shortcuts are things I try to avoid."

On whether the black metal scene needs more bands who are "individualistic" like GAAHLS WYRD and TRIBULATION:

Gaahl: "I think so. It used to be very free back in the day and highly individualistic, but at some point, it kind of just turned into a very mainstream following. Of course, there's always been bands who are separating, but this tour has a huge variety in advance, absolutely. I hadn't heard any of the bands prior, so I'm not very good at listening to music. But, I'm very glad all the bands have their own energy."

On whether he's seen the recently-released film adaption of "Lords Of Chaos", which chronicles the crimes committed by members of the early '90s Norwegian black metal scene and was helmed by Swedish director Jonas Åkerlund:

Gaahl: "No. I'm not much into the American entertainment business. There's a few exceptions, of course, but yeah, the American way of telling stories is not necessarily giving me any pleasure."

Gaahl: "What can I say about it? Every song could easily be a single and be represented as a unique piece. But I still feel that the album is really combined and well put together, but it's many different energies, not too many extremes I think, but musically, there are a lot of them. I could do an old boring man's album. I'm very pleased with the end result. I allowed myself to go into things that I'm almost embarrassed about."

"GastiR - Ghosts Invited" will be released on May 31 via Season Of Mist. The disc was recorded last year at Solslottet Studios in Norway with Iver Sandøy (ENSLAVED). 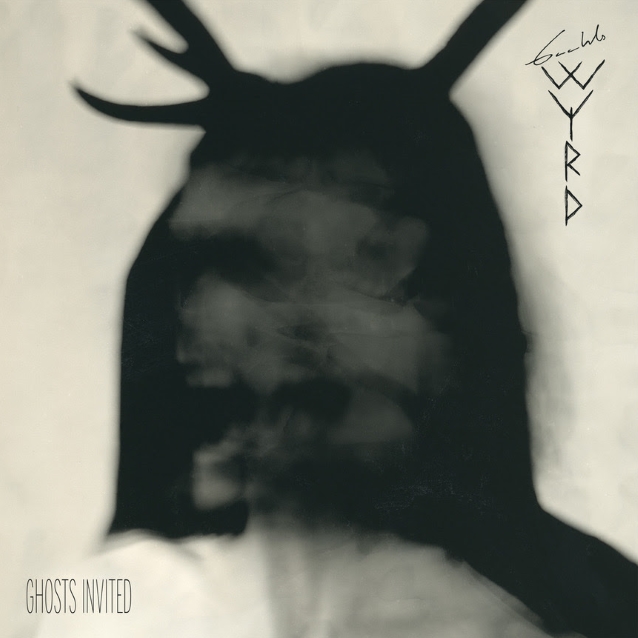