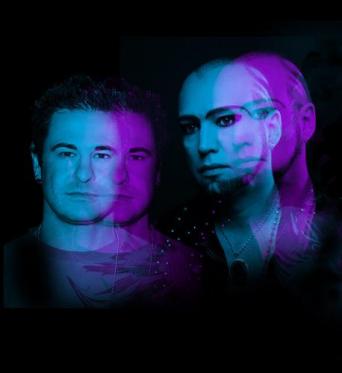 With hardcore elements, melodic tracks and scorchingly psychedelic overtones, Silveria and Story say that the album represents a bold new direction that will challenge the notion that rock is dead.

INFINIKA's previously released official video for early track "It's A Beautiful World" can be seen below.

More details about the album, including the full track listing and INFINIKA's 2014/2015 plans, will be released in late August.

KORN singer Jonathan Davis told The Pulse Of Radio a while back that he believed Silveria lost his passion for music. "David was there to write beats but he wasn't really there," he said. "He really didn't like playing drums. The first two albums, I think, he really enjoyed playing drums and then after that he just lost his love for playing drums. It happens. Okay, good for him, he wanted to move on and do something else."