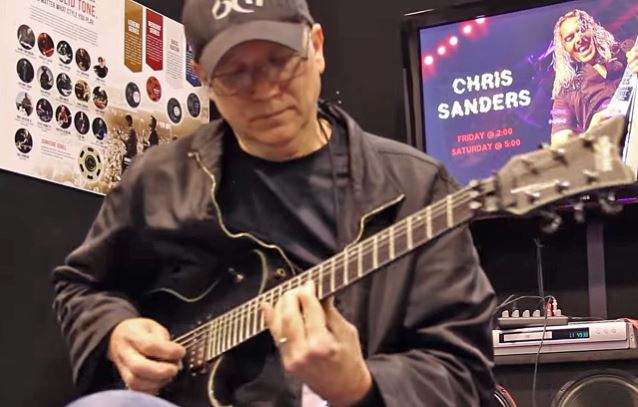 Guitarist Chris Poland (pictured),best known for his work on MEGADETH's first two albums — "Killing Is My Business... And Business Is Good!" (1985) and "Peace Sells... But Who's Buying?" (1986) — has been confirmed as the lead axeman for the as-yet-unnamed new project featuring fellow former MEGADETH members Nick Menza (drums) and James Lomenzo (bass). The trio will hold its first rehearsal today (Saturday, November 1),with plans to release an EP in early 2015. According to Menza, Poland "already has six heavy original songs in the can that we will start working on next week."