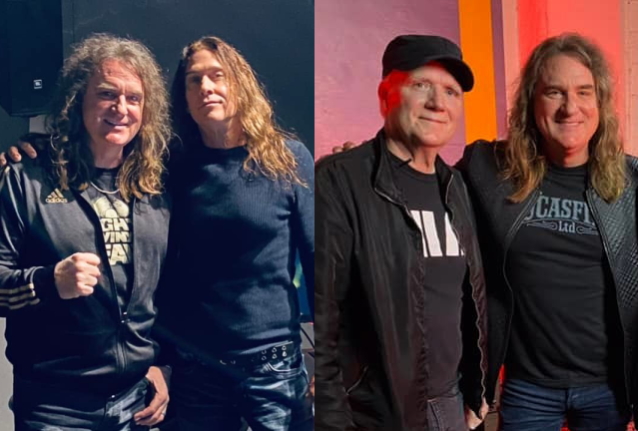 Former MEGADETH members David Ellefson (bass),Jeff Young (guitar) and Chris Poland (guitar) will perform "a very special set of thrash classics" at the fall 2022 edition of the Days Of The Dead horror and pop culture convention, set to take place November 18-20 at Crowne Plaza O'Hare in Rosemont, Illinois. The "Days Of The Deth" performance on Saturday, November 19 will be open to anyone with a Days Of The Dead ticket. V.I.P. pass holders will have early entrance to the event.

DAYS OF THE DEAD is thrilled to announce our friends in HARDWIRED: A TRIBUTE TO METALLICA will be joining us in Chicago,...