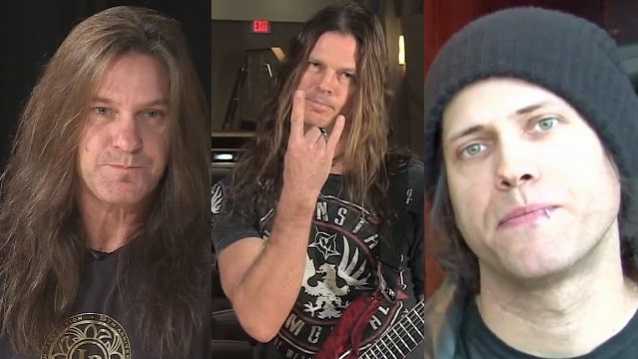 Says Drover: "At this point, I can reveal to you that Chris Broderick and myself have the 'music' for our debut record written. Henry Bonner is our singer, who has sang on six songs in demo form at this point, to which it's all sounding 100 percent heavy metal. Some of the songs are very aggressive and fast, others are more 'accessible' to the average heavy metal listener.

"I don't like to label everything into the 100 subgenres of metal. To me, ACCEPT is pure heavy metal, yet so is KING DIAMOND and GOJIRA. Do they sound the same? No, but they are all metal.

"Chris, Henry and myself are all fans of all kinds of heavy music, which is great, as we are not putting any musical parameters on what we are creating here, which is very liberating, I must say.

"There is still a ton of great things going on that we cannot reveal at this point... Just know that we are all working hard to bring you the best heavy metal music we can."