Former MÖTLEY CRÜE singer John Corabiwill release his autobiography, "Horseshoes And Hand Grenades", on June 14, 2022 (postponed from on April 12, 2022),via Rare Bird Books. It was written with the help of MÖTLEY CRÜE historian/author Paul Miles.

In a recent interview with Meltdown of Detroit's WRIF radio station, Corabi stated about his book: "It goes all the way back to, obviously, me being born, but it talks about my parents. My grandparents were first-generation Italians from the Calabria section of Italy. My mother's side of the family, I talk about them. It talks about me being born, my childhood being very kind of 'Wonder Years' — whatever — and then just it completely derailing and falling apart. And it goes into everything. There's a lot of things that fans don't know about me — some of my marriages. It talks about, again, my youth, childhood. I dive into the Uncle Jack stories.

When asked in a recent interview with 80's Glam Metalcast if he is concerned at all about what his former bandmates will think about his book, Corabi responded: "To be honest with you, I don't really think that I'm telling anybody anything that they didn't already know. What the book really kind of goes through is me joining the band, being in the band, leaving the band, and it really kind of explains my mental state. Obviously, the MÖTLEY thing, all of it's been so publicized with [the band biography] 'The Dirt' and just interviews and different things like that. I'm just explaining how I was feeling while certain things were happening and how I feel like I fit with the band but I never really did. So I'm kind of talking about my mental state through the whole thing. So I don't really think I'm saying anything that will surprise anybody. And to be honest with you, and I don't mean this to sound weird, but I don't really care what those guys think... The minute they told me they were bringing Vince back, I walked away from it and I kind of accepted everything. It's not me who keeps bringing it up. I'm still writing new music. I've done — in the last 10 years, between my solo records and the records I did with THE [DEAD] DAISIES and the new music that I'm doing, I think I've done five or six records. So I'm past it, I'm over it, I don't even think about it. 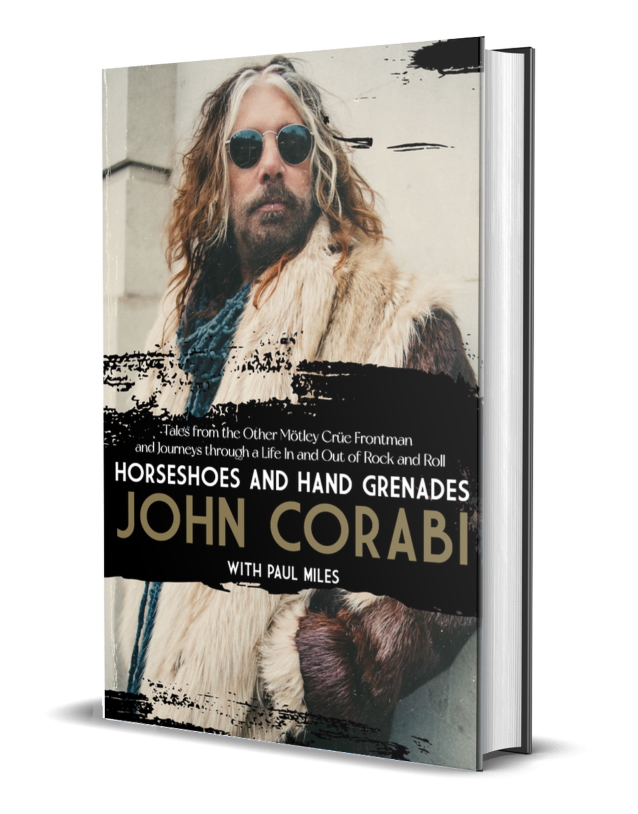